DANCING TO ONE’S OWN TUNE

Two remarkable first entrances are my subject this week.

First the professional debut of a young actress I saw at Birmingham Rep last Saturday in Lutz Hübner’s controversial play Respect, directed by Rae McKen. Rebecca Loudon appears dancing alone on an empty stage; it is an emblematic moment, though, from the realistic point of view, one gathers she is in a club amongst others. Now there is a famous passage, written by Gordon Craig, about Isadora Duncan’s solo dancing, but, before I go any further, I suppose ‘everyone’ knows that Duncan, at her peak around 1905, was considered to be the inventor and genius of modern dance, or an amateur, depending on whom you believe.


‘She was speaking’, Craig wrote of Isadora, ‘in her own language, not echoing any ballet master, and so she came to move as no one had ever seen anyone move before. … She was telling to the air the very things we longed to hear and until she came we had never dreamed we should hear.’ In 1905 there was a lot of shock value in a scantily dressed woman doing her own thing, as we would say. 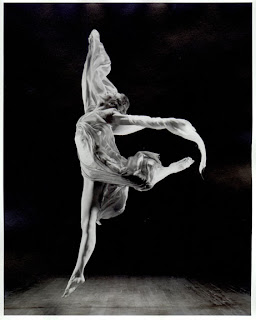 My point is not that I witnessed a young genius of the dance in Birmingham last week, but that the ill-fated heroine of the play, before uttering a word, was clearly speaking in her own language – telling to the air … what? Not the things we longed to hear, though she was very soon propositioned by a young man who needed to ‘hear’ more. Actually she might well have been alone, communing with herself, doing her own thing for the hell of it. In fact, it is her determination to make her own rules, her raunchy independence that is the death of her. The tragedy of the play is that the two young men she and her girlfriend meet are bound by ideas of male ‘honour’ that have not advanced since well before 1905.

The whole evening seemed to render redundant the premise of my little webcam film of last week, Sheer Genius. The admittedly tongue-in-cheek idea that young actors at the beginning of their careers might need advice from a veteran seemed entirely ridiculous, even in jest. This particular Birmingham Rep quartet seemed to be telling to the air, and one another, what they wanted to say, as actors not bound by any superimposed or adopted style, and as characters, determined to invent themselves, freed they hoped by the credibility won by the right car or clothes label, the right friend. It is a particular genius belonging to the contemporary young actor to know the secret of playing a lost soul with Street Cred. 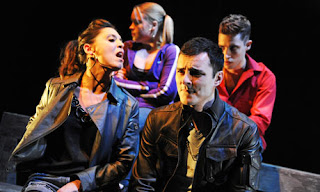 An eighty-two-year-old actor is to make his entrance again tonight (Saturday, May 1st) as an old actor, out of a box in an off-Broadway theatre in a show he co-created over fifty years ago. 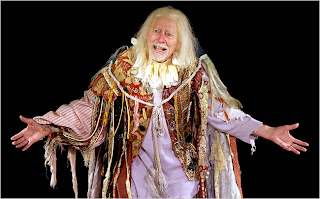 I must declare an interest, because the show is The Fantasticks in which I am rehearsing to open in the same part in the West End later this month (see the production website) – we too have a box. I hope I am above advertising in this blog: in fact I have to report that we have not got as far as rehearsing the second half yet, which may have its special problems, but on the strength of work so far it has been refreshing to rediscover what a place of delight a rehearsal room can be and that my own character’s jokes, already antique in 1960, polish up and gleam classically, especially because I am working with a clown of such credibility as Paul Hunter.

It would be nice if I were placed more centrally in the time scale between the Birmingham youngsters and the octogenarian Tom Jones. Nevertheless, it is heartening to find how wise the young can be at playing fools, and how playful the old.

One thought on “DANCING TO ONE’S OWN TUNE”