REHEARSAL AND THE REAL THING

On the way home from The Fantasticks rehearsal room today, having said a temporary goodbye to our platform stage which has by now gone ahead of us into the Duchess Theatre where we will tread its boards again on Wednesday, I thought back on the journey thus far: the songs getting more tender and limpid at every repetition, Paul Hunter and I in our short comic scenes applying a passionate intensity worthy of tragedy, comedy being a serious business. I bought some Omega 3 capsules, two kinds to cover my needs – one for joint care and the other for ‘brain performance and memory’. I suppose I will take them on alternate days. If you see a performance you might be able to guess which pill I have taken. You’d have thought there would be a fish oil to lubricate the voice to complete the pre-performance therapy.

I’ve heard from a gentleman who tells me he watched my webcam film Sheer Genius, Part One, on his iPhone, whilst standing on a crowded bus going into Belfast. (I’d be interested to hear of any other unusual viewing conditions.) It reminds me that I must make another webcam film soon. I have an idea prompted by BBC Radio’s inspiring A History of the World in 100 Objects. A modest history mine would be, taken from perhaps a handful of objects in my possession. I have, for instance, one of the coins I tossed at every performance of Stoppard’s brilliant stage debut, Rosencrantz and Guildenstern Are Dead from 1967 to 1970 at the Old Vic.

We went to see Sir Tom’s The Real Thing at the Old Vic the other night, I going straight from rehearsal, and by chance met him on our way in as he was skulking by to the stage door. Then it turned out that he crept into the stalls to watch and sat two seats away from us, a little air around him in the otherwise crowded house, his tiny electric torch occasionally and discreetly illuminating his notepad. It was an exciting, deeply satisfying evening. Now I think of it, I am reminded of my days at the Vic from 1964 to 1970, when so much of my time was spent play acting – rehearsing by day and playing or watching by night – but then, as now, there never seemed to be a shortage of ‘real life’. Toby Stephens and Hattie Morahan, both children of National Theatre actresses whom I played opposite, were brilliant, demonstrating vividly that blood is thicker than water. 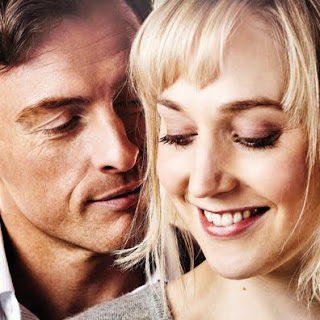 But to return to Radio 4, you might have heard the news item on the Today programme about the book which asserts that it is practice, as much as aptitude and talent, that is the important thing; practice is what develops the brain (London taxi drivers have a prodigiously developed brain in the area dealing with location). Well, I will keep taking the capsules of course, but practise, practise like mad – we open The Fantasicks on the 24th after all!

Apropos of last week’s post, here is a photograph I took today of what may very well be be the soot-blackened bricks of Henry Irving’s burnt scenery storage in Bear Lane, Southwark. 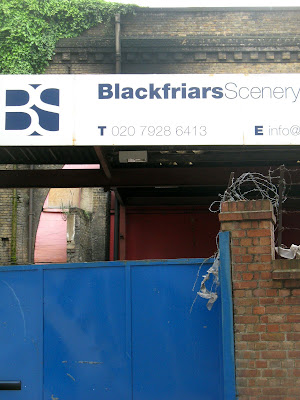 4 thoughts on “REHEARSAL AND THE REAL THING”