This is the last day of August and like almost all of them of extraordinary beauty. Each day is fine enough and hot enough for sitting out; but also full of wandering clouds; and that fading and rising of the light which so enraptures me in the downs; which I am always comparing to the light beneath an alabaster bowl.

At the height of the noontide heat hour

We have air con via our solar power

And so by their dint

Tunes in with our meadow wildflower.

The East Sussex summer arrived to coincide with my 80th birthday and, like all glorious summers, reminds one of being an eight-year-old; and whilst on the subject, I was very touched by so many good wishes from people I only know by name.

Our recent gilded expeditions have taken in surrealism, George IV’s fantastical legacy at Brighton, the art of Bloomsbury, and perhaps most notably Virginia and Leonard Woolf’s house and garden in Rodmell. Here is a glimpse of the Brighton Pavilion and another of a window sill in the Woolfs’ sitting room at Monk’s House.

And a glimpse of their garden.

In July, when I was a mere stripling of seventy-nine, I painted this still life. I supposed the gilded leaf mask might be more redolent of autumn but don’t let’s think of that for a while, even though the farmer has already harvested most of the corn in the nearby fields. The leaves on the left have their dark ruddy tints as their response to summer days. 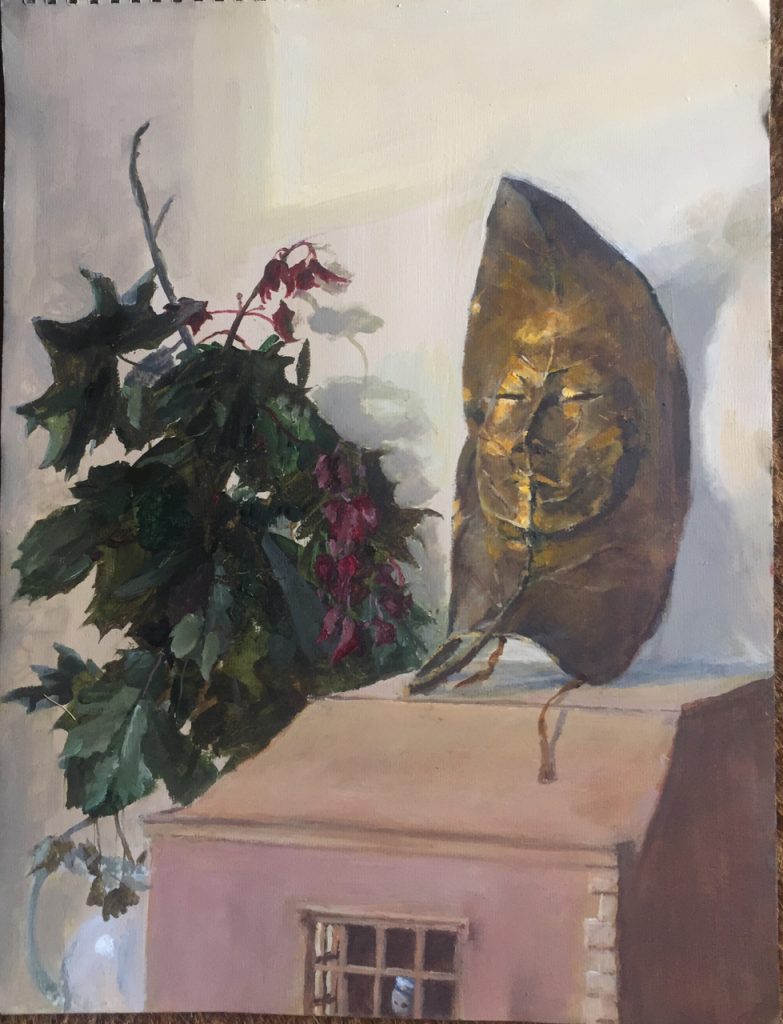 4 thoughts on “A SUMMER GARLAND”