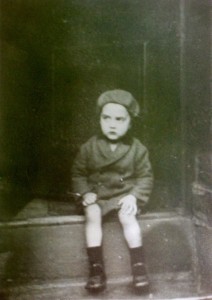 Edward as a small boy in Bradford.

EDWARD PETHERBRIDGE was born in West Bowling, Bradford in 1936 and trained at Esmé Church’s Northern Theatre School in Chapel Street.

He made his professional stage debut at the Ludlow Festival in 1956, playing Gaveston in Marlowe’s Edward II. His first London appearance was at the Open Air Theatre, Regent’s Park in 1962, playing Demetrius in A Midsummer Night’s Dream.

He began his tenure at the National Theatre with walk-on parts in Laurence Olivier’s Othello in 1964. Three years later he created the role of Guildenstern in Tom Stoppard’s Rosencrantz and Guildenstern Are Dead.

Edward has been a leading actor with the Royal Shakespeare Company and National Theatre; was a founding member of the Actors’ Company in 1972; and with Ian McKellen established the McKellen-Petherbridge Group at the NT in 1985. 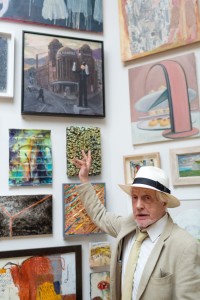 He has been praised for both tragic and comic parts, interpreting a wide range of roles from Feydeau to Euripides. His major roles on stage include Newman Noggs in Nicholas Nickleby; Charlie Marsden in Strange Interlude; Gaev in The Cherry Orchard; the Cardinal in The Duchess of Malfi; Alceste in The Misanthrope; Frank Ford in The Merry Wives of Windsor; Malvolio in Twelfth Night, King Cymbeline in Cymbeline; Dr Dorn in The Seagull; Sir Anthony Blunt in Single Spies; Krapp in Krapp’s Last Tape; and Donner in Artist Descending a Staircase.

Edward has performed in stage musicals, including Andrew Lloyd Webber’s The Woman in White, Kurt Weill’s Lost in the Stars, The Fantasticks by Harvey Schmidt and Tom Jones, Coco by Andre Previn and Alan Jay Lerner, and a musical version of Oscar Wilde’s The Importance of Being Earnest. He has devised a number of innovative one-man shows on a variety of subjects. In addition to acting, he has presented mime workshops and directed, particularly for the Actors’ Company.

On television in the late 80s, Edward was a definitive Lord Peter Wimsey in the BBC’s Dorothy L. Sayers Mysteries, which aired in the US on PBS Masterpiece Theatre. Other leading television roles include Osborne in R. C. Sherriff’s Journey’s End. He also reprised the role of Charlie Marsden for American Playhouse on PBS. 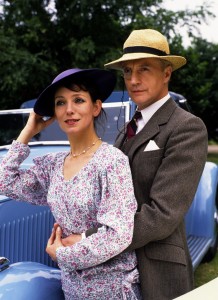 Having been invited to play King Lear in New Zealand in 2007, Edward suffered a stroke on the second day of rehearsals. Six years later, in collaboration with Paul Hunter of Told by an Idiot, he used this experience as the basis for the brilliantly inventive My Perfect Mind, a semi-autobiographical play in which he played himself and Lear. Directed by Kathryn Hunter and designed by Michael Vale, the show had its world premiere in Plymouth in 2013 and subsequently enjoyed two seasons at London’s Young Vic Theatre, two national tours and a visit to Barcelona. In June 2015, it opened to rave reviews in New York as part of the annual Brits off Broadway festival at 59E59 Theaters.

In 1989, Edward was awarded an Honorary D.Litt. by the University of Bradford. His autobiography, Slim Chances and Unscheduled Appearances, was published in 2011 and has been described by theatre critic Michael Coveney as ‘unputdownable’. An audio version was released the following year. In October 2013, to mark the 50th anniversary of the National Theatre, Edward released a special NT 50 edition of Slim Chances. A talented artist, Edward held his first exhibition at Burgh House in Hampstead in 2011. In 2014, his painting ‘The Conductor’ was selected for exhibition in the Royal Academy Summer Exhibition.

Edward is married to actress Emily Richard with whom he has appeared several times on stage. They have two children, Dora and Arthur, and Edward has a son David by his first marriage to New Zealand actress and director Louise Petherbridge. Edward and Emily live just outside Lewes in East Sussex.