There had always been lilies there, self-sown from wind-dropped seed, floating red and white on the green plates of their leaves. Water, for hundreds of years, had silted down into the hollow, and lay there, four or five feet deep over a black cushion of mud. Under the thick plate of green water, glazed in their self-centred world, fish swam – gold, splashed with white, streaked with black or silver.

Virginia Woolf, Between the Acts

Here are my two most recent paintings. First a view of Charleston House (Bloomsbury’s country retreat) across the miniature lake in May before the waterlilies were much in flower and when the ash tree was just beginning to come into leaf. 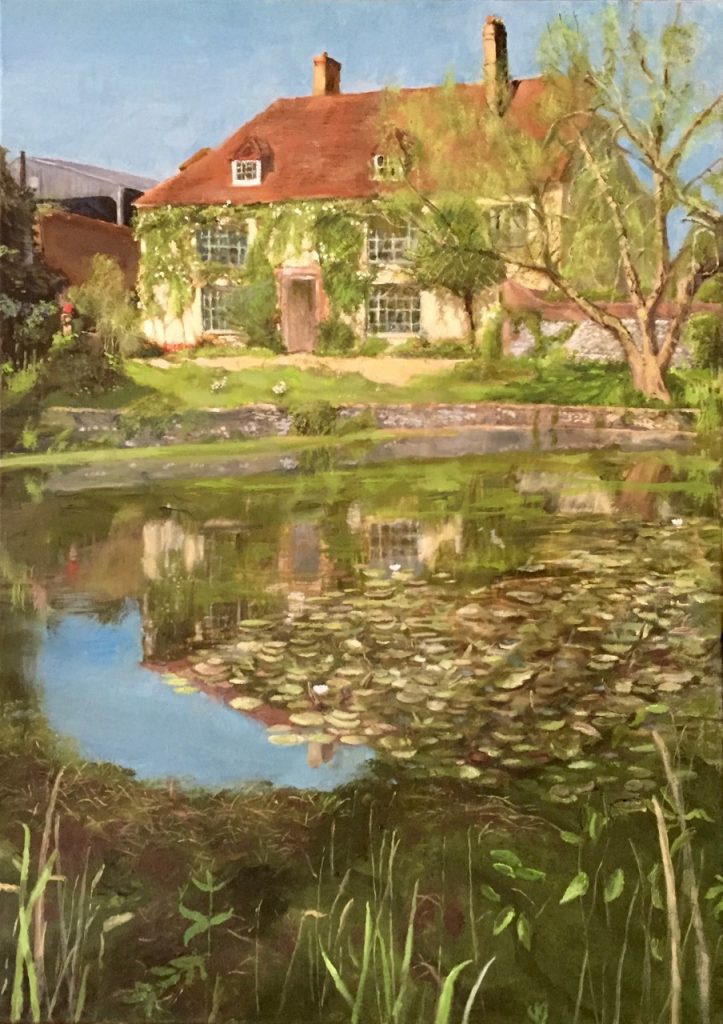 And an experiment in green, orange and white which may have been better in its first crude states; not sure if it’s finished but can I go on and make it simpler rather than more laboured?

Partly inspired by Charleston and its decorative furnishings, I have painted a tabletop at home in my own version of the Omega Workshop style.

And inspired by one of Charleston’s former residents, Duncan Grant, I hope next to do a still life.

Here are two examples of our garden wildlife, but no image of our local cuckoo whose curious and rather dark relationship with the reed warbler I heard described in extraordinary detail in Radio 4’s The Life Scientific, a little glimpse into the mystery of evolution and its complex developments. 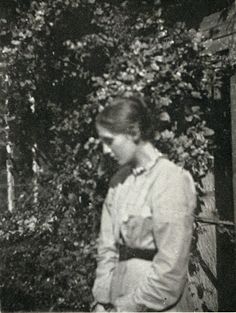 A short postscript to our last film about Vesta Tilley and Dame Clara Butt, which has a Bloomsbury/Charleston connection: as a girl, Virginia Woolf spent the Easter holidays with her family at 9 St Aubyns, Hove for four successive years, from 1897 (when she 15) to 1900. So she would have seen St Aubyns Mansions (home of Vesta and Dame Clara) being built. The house, No.9, is still standing, though it has since been converted into flats. The previous owner had been the poet Roden Noel, godson of Queen Victoria. His son Conrad Noel, also a poet and known as the ‘Red Vicar of Thaxted’, recalled: ‘Certainly St Aubyns … was not beautiful. The house was awkward to run and needed a staff of servants which we could not afford. But in those days we could catch a glimpse of the sea, now shut out by modern buildings.’ Young Virginia wasn’t enamoured of the house either – ‘truly such a dismal place was never seen’ – but she thought nearby Brighton, in all its noise and blowsiness and impropriety, ‘the most beautiful town in the world’.