The film Kathleen and I made two years ago to commemorate the 50th anniversary of T. S. Eliot’s death (and his residency of London NW6) is being screened next week by West Hampstead Cinema Club as part of a programme of short films about places. The screening will take place at 7.30pm on Saturday, 23rd September at the West Hampstead Community Centre in Dornfell Street. Entry is free but you can book a seat in advance. 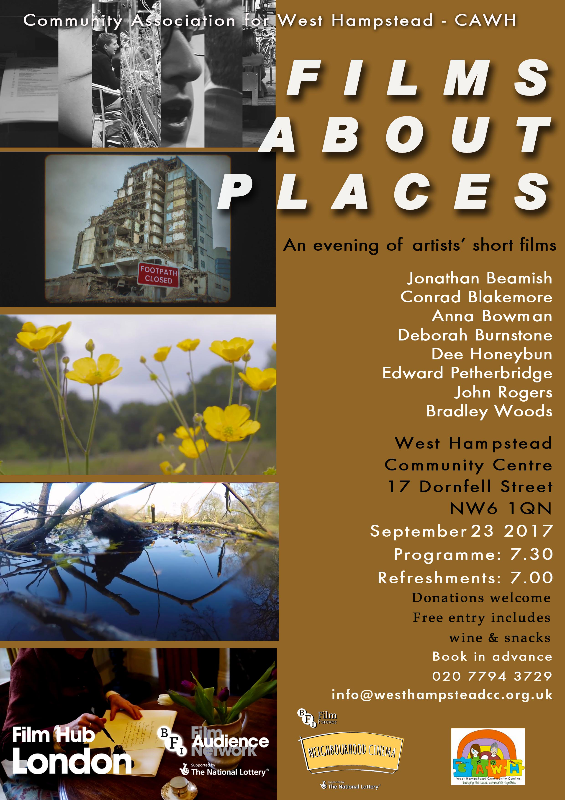 Although Eliot and his poetry are its principal focus, our film also features the work of two other artists who called West Hampstead home, Eliot’s father-in-law Charles Haigh-Wood and photographer Bill Brandt – the one a popular painter of polite society, the other an important figure of British modernism.

The title of the film, ‘While the Music Lasts’, is taken from ‘The Dry Salvages’, the third poem of Eliot’s Four Quarets.

If you’re unable to attend the screening in West Hampstead, the film is still available to watch on YouTube: