Google has today been celebrating the 117th birthday of Lotte Reiniger, pioneer of silhouette animation, with a rather wonderful animated ‘doodle’ by Olivia Huynh:

For my Actors’ Company production of Jack and the Beanstalk (in a double bill with Euripides’ Bacchae), Lotte designed a marvellously effective shadow play for the Jack-Giant sequence; it was the first time one of her figures had acted with a human. I thought I would like to mark today’s anniversary with a short reprise from Slim Chances: 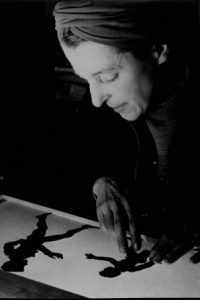 Lotte Reiniger’s Prince Achmed (the first animated feature film) had captivated me when I saw the film in a cinema in London. There is a moment when the young prince sees some winged water nymphs descend to bathe in a little lake and he hides to watch them, pulling a palm branch down, in profile, to conceal himself. Lotte had a ‘trick table’ on which all the scenes and puppets were arranged, tiny move by tiny move, to build up the action, each part of the whole film’s sequence was photographed, tiny action by action, by her husband Karl on a camera fixed above the table. As Achmed watches, I remember, there is a close-up of him and his lips part in wonder at the nymphs’ beauty. It struck me as a perfect, human piece of acting, such a simple, elemental gesture.

You can watch the moment described here, in a short film Kathleen and I compiled in 2013 on The Poetry of Puppets:

And here are a few of Lotte’s original silhouettes which I have at home in Sussex: 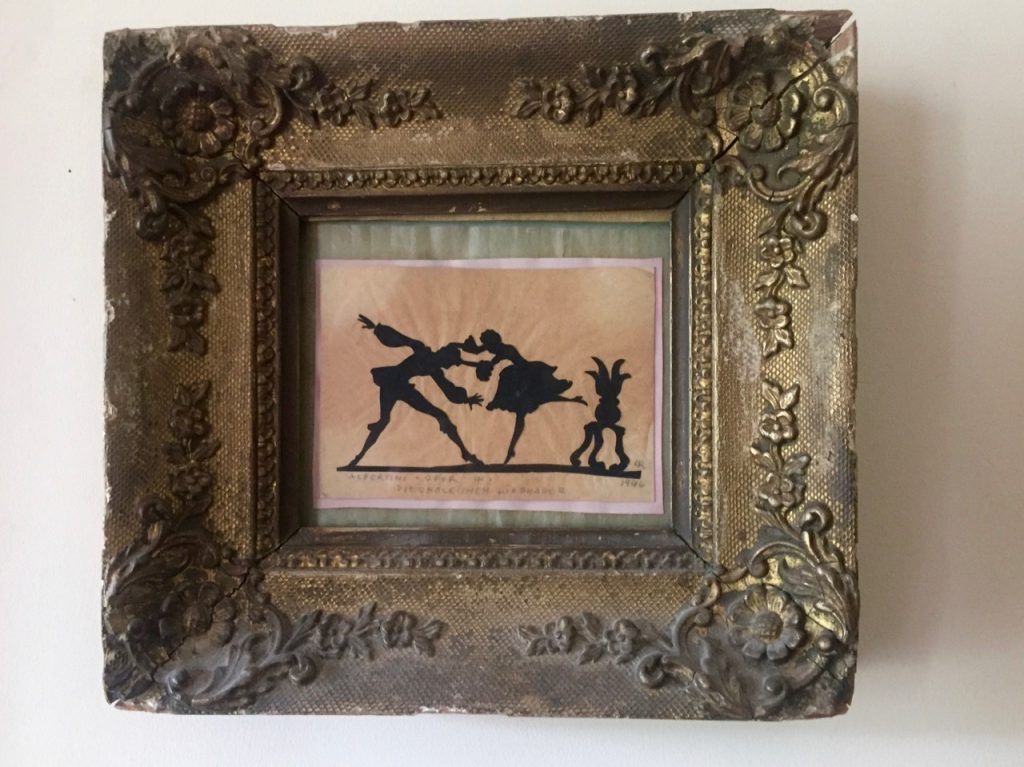 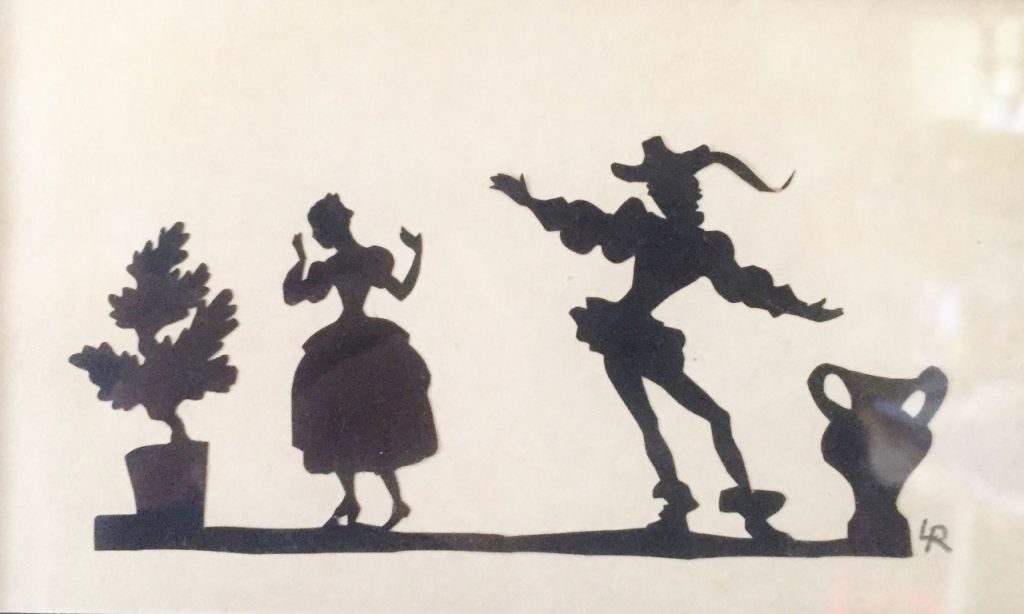 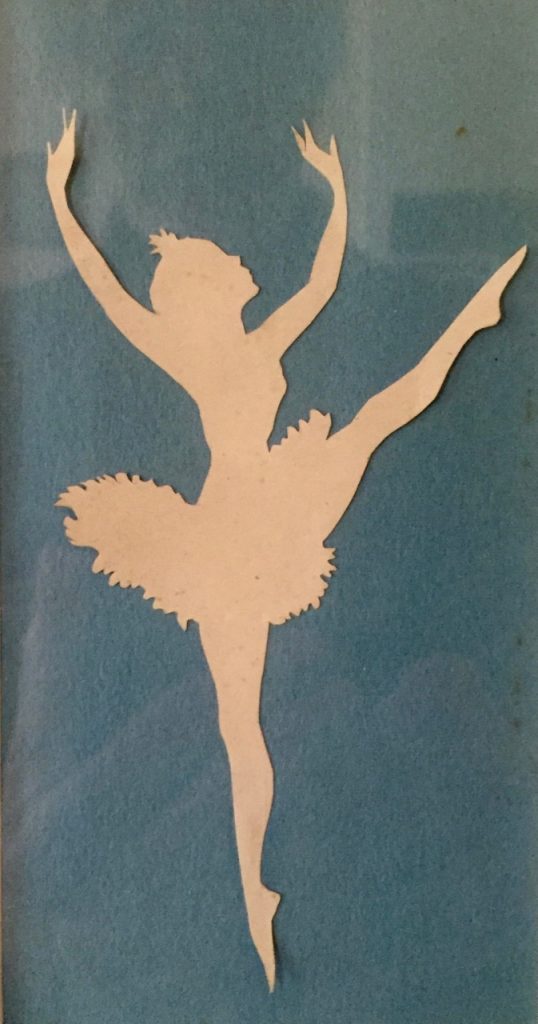 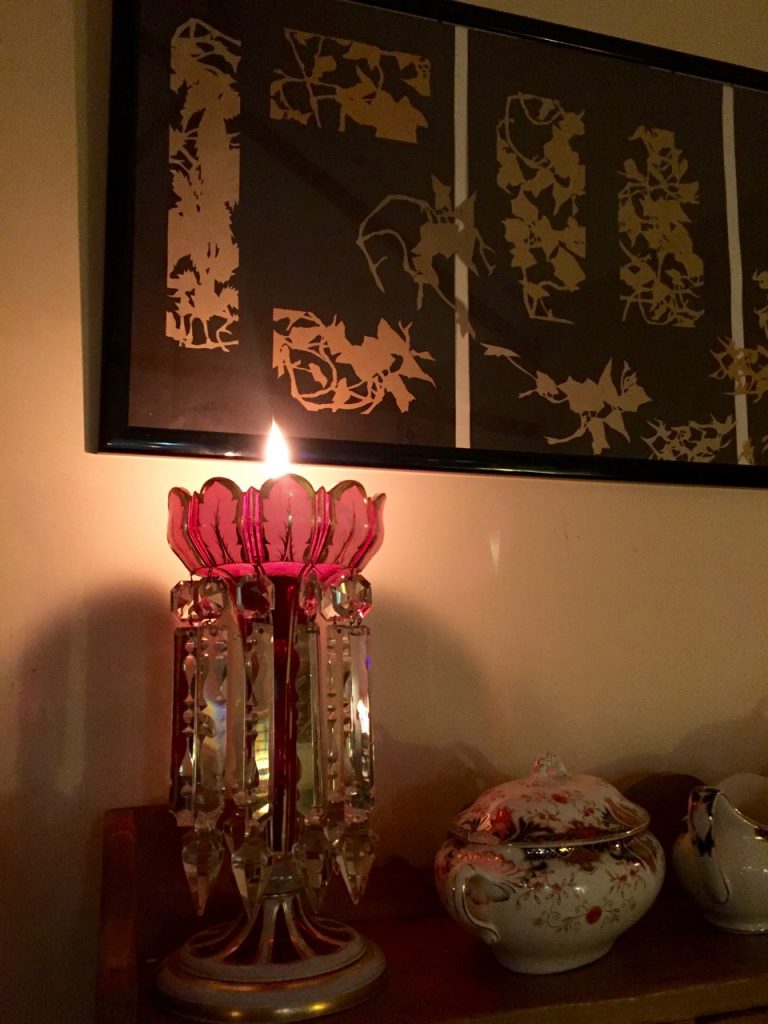