IN THE ROUND AT THE NT

It is five years since the publication of my book Slim Chances and Unscheduled Appearances (in its original edition). The launch was marked by a Platform I did at the National Theatre and, shortly after, an exhibition at Burgh House in Hampstead. The Platform was filmed by the NT and, at the time, I posted a couple of short excerpts from it. Now, for the first time, I post the full recording.

Two words of explanation. The Platform was enacted on the realistic set of the play in the repertoire that evening (The Holy Rosenbergs in what was still the Cottesloe). I had only a moment or two to ‘case the joint’ once the set had been arranged but, having been warned from the outset weeks before that the event was to be in the round, I had certainly planned not to use the form of an interview which would of its nature be static.

I apologize for a lack of clarity sometimes in the sound which I hope is not all my fault since there is some distortion in the recording. I cannot account for the darkness of the picture; the event itself was well lit. Oh and I bumped my head just before going on, so that accounts for the unsightly mark on my crown. But I hope you will enjoy seeing the Platform in its entirety and that you will ‘tune in’ again soon to watch our new film which is set in Fitzrovia and East Sussex. 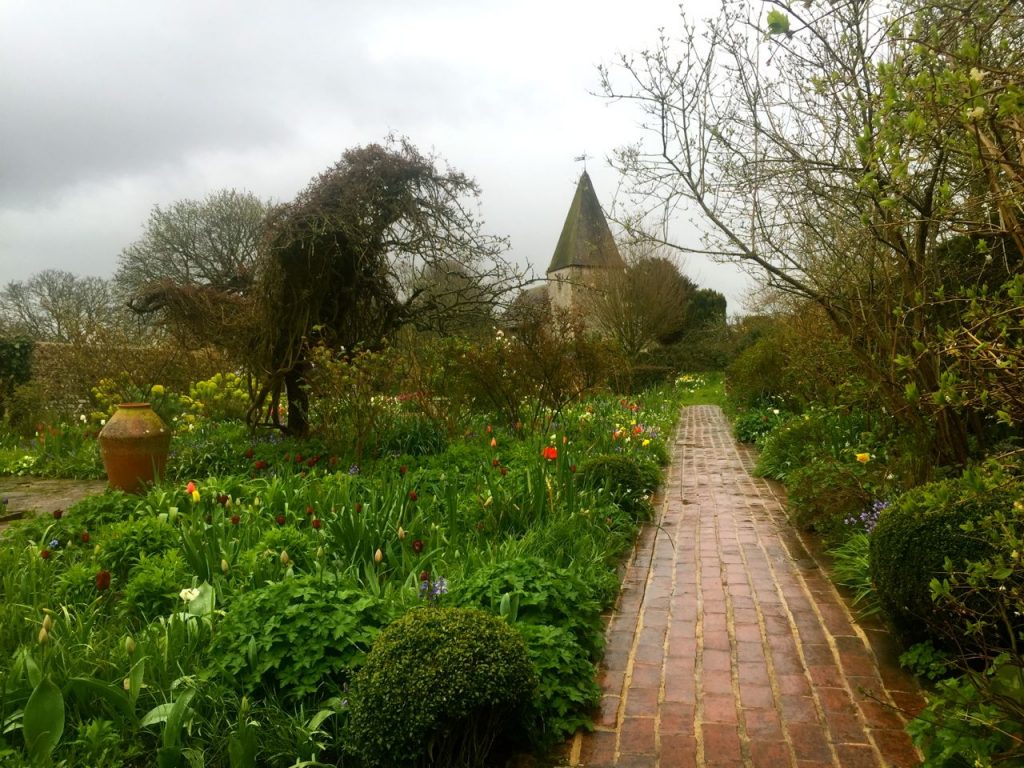 By way of a preview of our forthcoming film: the garden at Monk’s House, Rodmell, former home of Leonard and Virginia Woolf and now a National Trust property. Photo by EP

One thought on “IN THE ROUND AT THE NT”