The great revelation perhaps never did come. Instead, there were little daily miracles, illuminations, matches struck unexpectedly in the dark; here was one.

Virginia Woolf, To the Lighthouse

Not sure I responded well to being accused of making a ‘cut-out’ instead of a 3D painting but something was wrong with the ear in my latest self-portrait and some other defect may have taken its place. I post this final stage anyway. 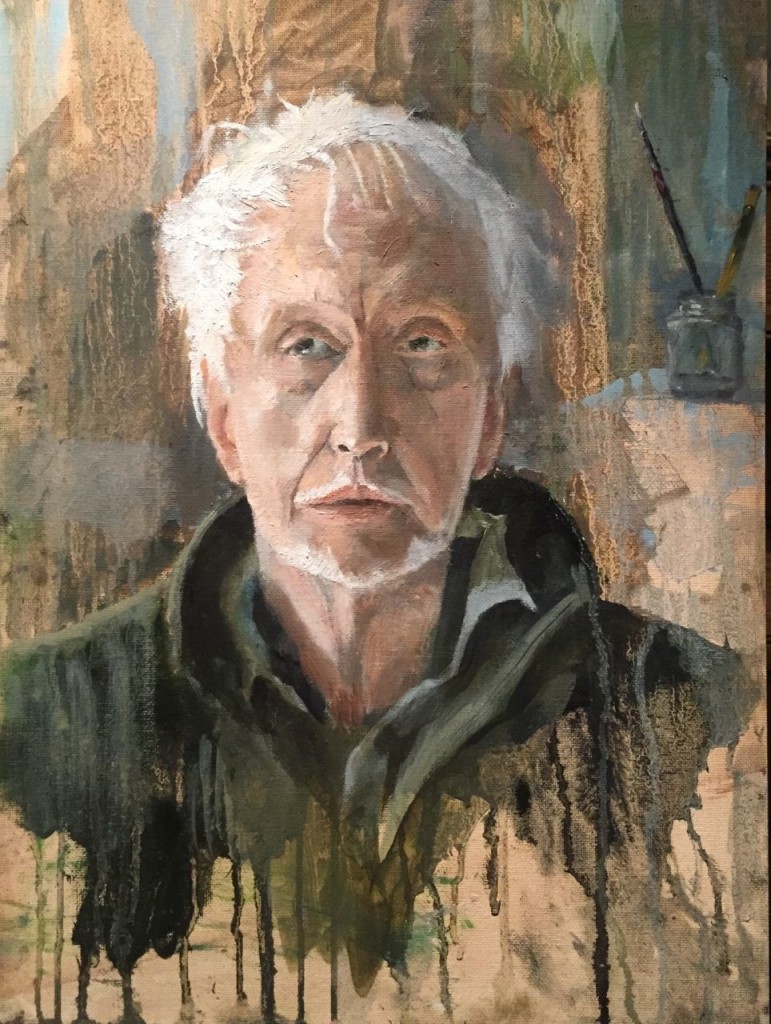 I have had a cold for days and comforted myself by watching early Hollywood romance on YouTube and can heartily recommend Letter from an Unknown Woman, with Joan Fontaine and Louis Jourdan, and a pre-Hays Code movie of 1932 with Leslie Howard, The Animal Kingdom (an off-putting title), which, after a stilted beginning, settles into a sophisticated drama that Hollywood could not possibly have made in my young boyhood. It faintly reminded me of Coward’s Design for Living. Was I shielded as a boy from the Truth about human relationships? All the awkward moral corners were knocked off the film scripts in my young day. Plays were rather different of course, though still subject to the Lord Chamberlain’s blue pencil, and I remember walking home up Manchester Road, with a bag of chips, ruminating on the dramatic human dilemmas I had just seen enacted by the Court Players at Bradford’s Prince’s Theatre. I’d try to apply my Rehobeth Methodist Sunday school morality to work out in what way the characters could have behaved to achieve a happier end.

There is a forthcoming film blog partly about my week in a Fitzrovia rehearsal room with Paul Hunter and Kathleen (who is now back in Australia), a secret, rather open-ended project that’s in its embryonic stage. (My Perfect Mind took YEARS to come to fruition.) 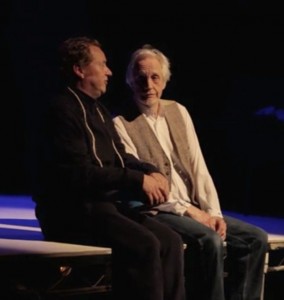 When I think of how nebulous our first notions were before MPM took shape, I take courage. Here is a sonnet I wrote very early on about a rather indeterminate meeting over coffee Paul and I had at the RA when we were first feeling our way towards something. No guarantee, of course, that the magic will happen again but we remain optimistic.

Royal Academy coffee, two men about town
(That line does not become a sonneteer –
I’ll get into my stride) – not king nor clown
Are we mistaken for as we sit here.
In fact we go unnoticed, unremarked;
The waiter needs reminding we exist.
Yet could they know whereto we are embarked
What far horizons, how could they resist
The castles in the air – our traveller’s dreams?
With ease – have we foundations, or a boat?
Our double act has, oh, such slender means
Can fantasy alone keep us afloat?
Why Yes! We’ll do the spade work, steer our bark
Our lodestar? Our imaginations’ spark.
(7 February 2012)

Despite the cold I have managed to paint a modest study, a kind of impromptu, of the approaching dusk round the corner from where we live. 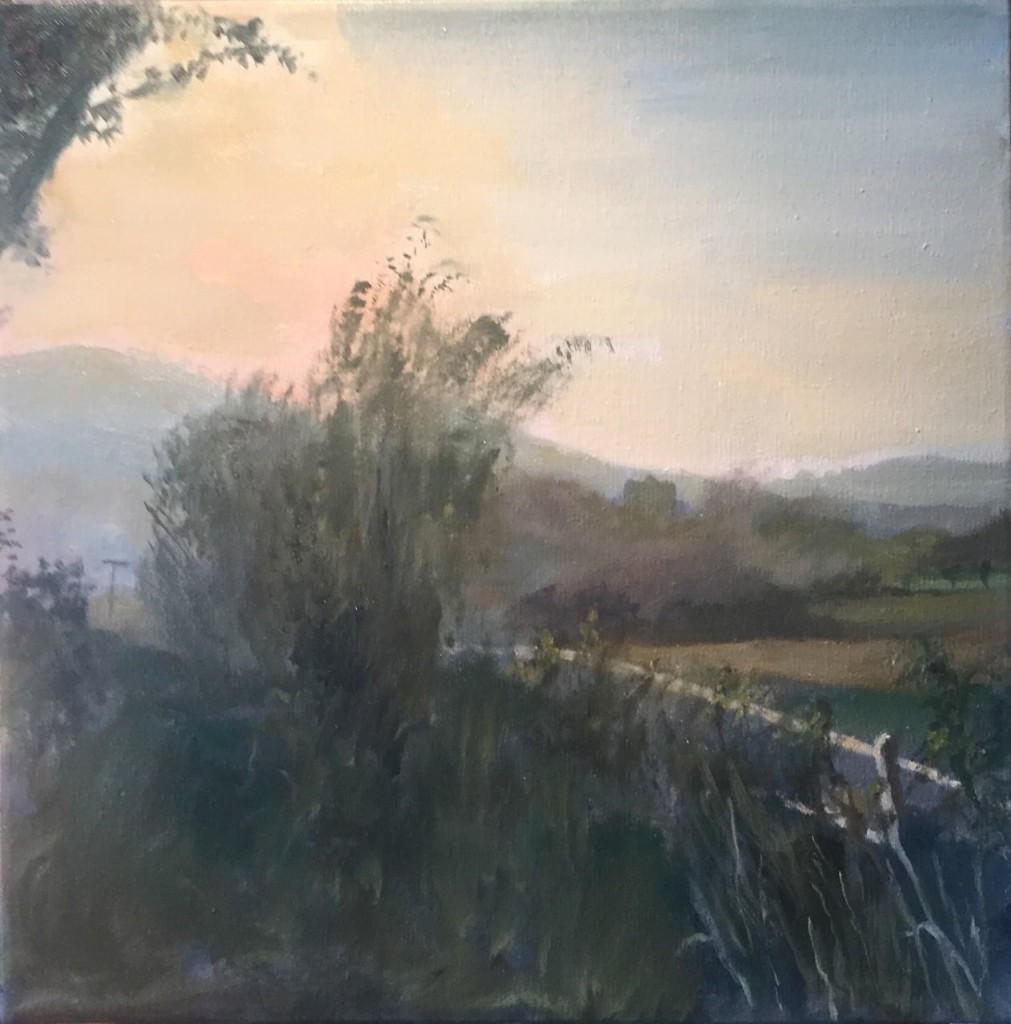 One thought on “LIGHTING A SPARK”