MY VISIT TO MR GREEN

By the side of the river he trotted as one trots, when very small, by the side of a man who holds one spellbound by exciting stories; and when tired at last, he sat on the bank, while the river still chattered on to him, a babbling procession of the best stories in the world.

Kenneth Grahame, The Wind in the Willows

A story about two paintings and two buildings, told in sonnet form.

You may have glimpsed, at the beginning of the film, another river scene, smaller but rather haunting and moonlit. This is a very recent acquisition, an etching entitled ‘The Pipes of Pan’. The artist is a possible ancestor of mine, one Albert George Petherbridge who was born in Devon in 1882 and died in Hampshire in 1934. When I first saw the picture I was struck by the similarity of his signature to my own. 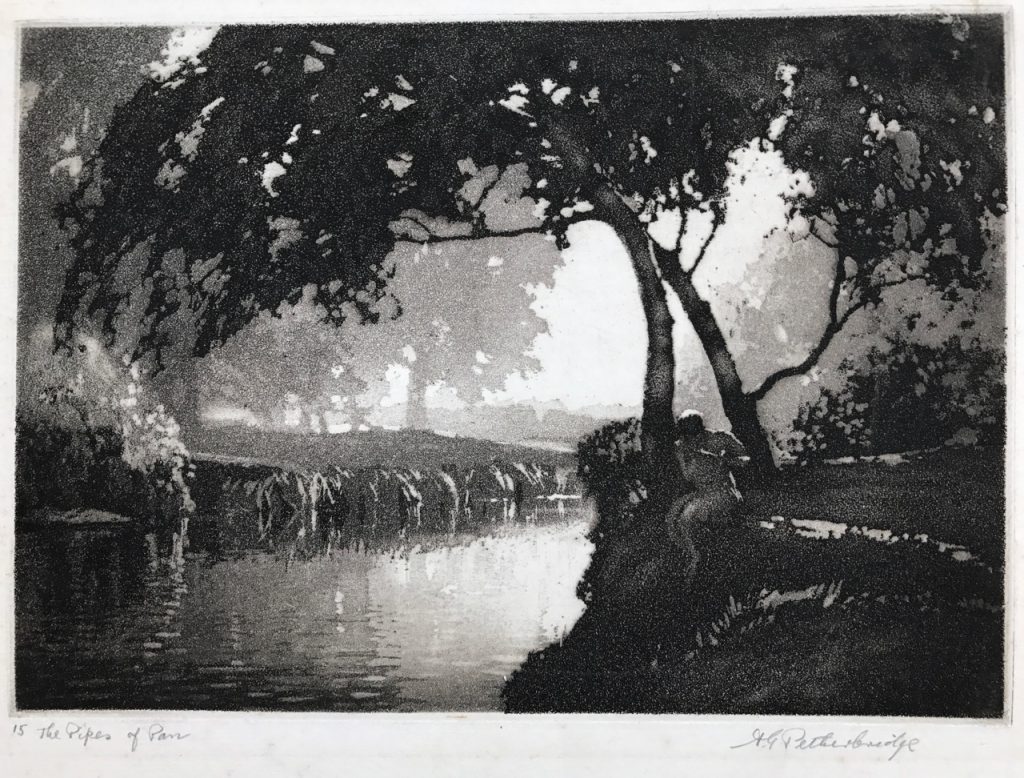 In addition to his landscape paintings and etchings, Albert Petherbridge produced several very fine railway posters, including this one for Southern Railways, depicting the Valley of the Arun in Sussex. 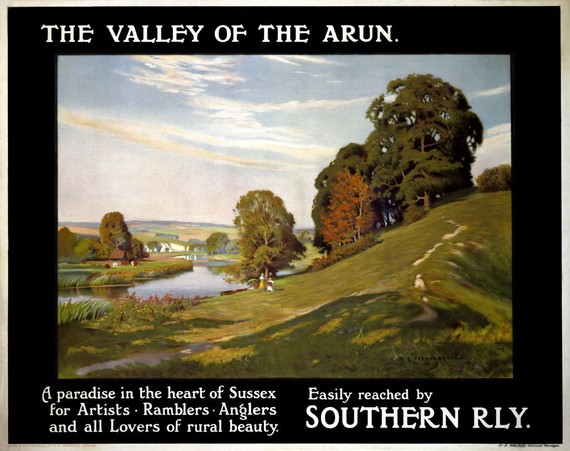 One thought on “MY VISIT TO MR GREEN”