ROOMS OF ONE’S OWN, PART TWO

These rooms are small, I said to myself; you must discount the value of that old chimney piece & the niches for holy water. Monks are nothing out of the way. The kitchen is distinctly bad. There’s an oil stove, & no grate. Nor is there hot water, nor a bath, & as for the E.C. I was never shown it.’ These prudent objections kept excitement at bay; yet even they were forced to yield place to a profound pleasure at the size & shape & fertility & wildness of the garden.

Part Two of our film on Virginia Woolf in Fitzrovia and Sussex:

The primitive-style oil painting  glimpsed above the mantlepiece in the dining room, was among the contents of Monk’s House when it was put up for auction in 1919; it was bought by Leonard Woolf together with two others (he paid four shillings for the three paintings). In his autobiography, he describes it as ‘four children heavily swaddled in hats and coats standing stiffly in a line in front of the house. They were, I am sure, the Glazebrook children of a hundred years ago’. The Glazebrooks, a family of local millers, owned Monk’s House from 1769 to 1877 and their broken millstones were in the garden when Leonard and Virginia moved in.

Of the Glazebrook portraits, Virginia wrote to Margaret Llewelyn Davies, ‘For myself, I don’t ask anything more of pictures. They are family groups, and he began the heads very large, and hadn’t got room for the hands and legs, so these dwindle off till they’re about the size of sparrow claws, but the effect is superb – the character overwhelming.’ The paintings accorded, too, with Virginia’s fascination with the ‘previousness’ of places, with the shades that benignly haunt a house or, as she phrased it, distil their atmosphere into a room. And Leonard, who normally did not set much store by the supernatural, said of the children’s portrait: ‘Their spirits, I almost felt and feel, walk in the house, clattering up and down the narrow stairs, now deeply worn by the countless comings and goings of Clears, Glazebrooks, and Verralls. At the top of the stairs you can see the place where they had once put a small gate to prevent the children plunging downstairs. And once when a floorboard was taken up by a workman we found a tiny little wooden eighteenth-century shoe.’

The painting of the Glazebrook children was also greatly admired by E. M. Forster, so much so that Leonard lent it to him and didn’t recover it from him until after Virginia’s death. It hung in Forster’s rooms at King’s College, Cambridge for a number of years. There is a photo of Forster and T. S. Eliot at Monk’s House, circa 1922, which shows them sitting under the very painting. 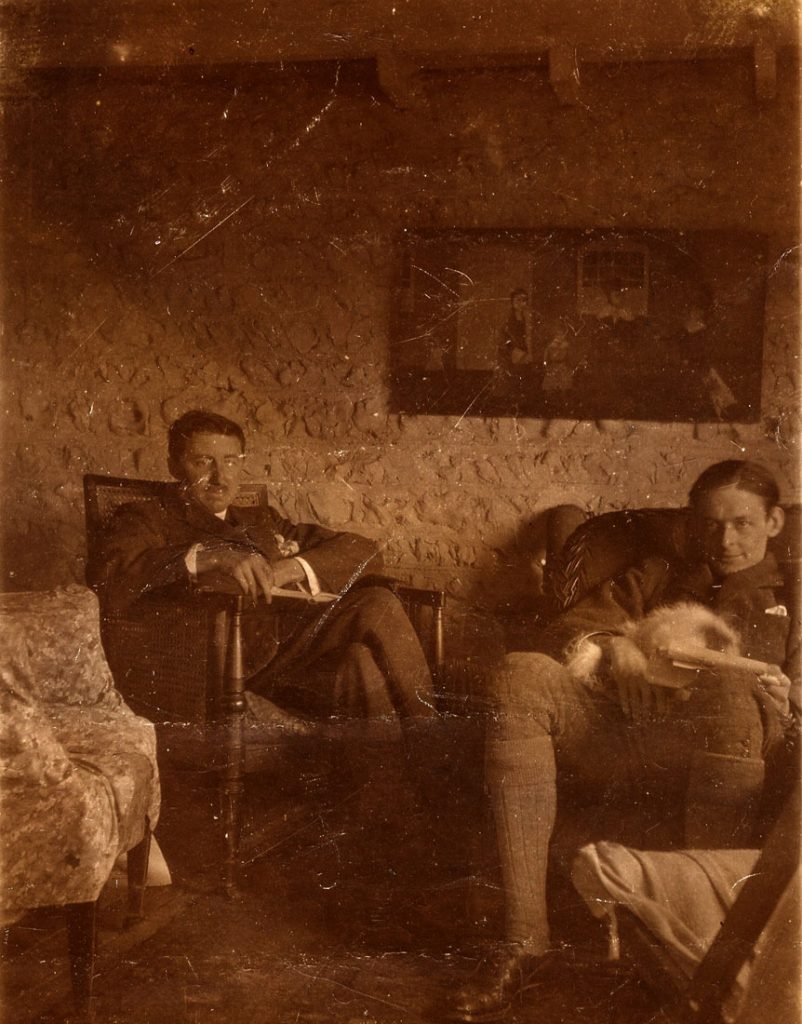