Actor John Stride – Stoppard’s original Rosencrantz to my Guildesntern – passed away last Friday, 20th April, at the age of 81. 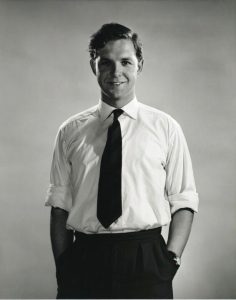 A young John Stride in 1958. Photo by Anthony Buckley

‘Derek Goldby’s production’, Peter Lewis announced, ‘comes out of the dark like a spotlit jewel, full of vibrations.’ ‘In their scenes together they behave as if they had been stuck beside one another throughout eternity.’ So wrote Jeremy Kingston in Punch of John Stride and me as Rosencrantz and Guildenstern on the first night at the Old Vic in 1967 of Tom Stoppard’s now famous play; high praise after six weeks rehearsal and one public dress rehearsal, never having acted together before.

As you may know, and R&G certainly do not, the drama of Hamlet is going on somewhere in the mysterious inner realms of the stage and will occasionally and very briefly irrupt, catching R&G up in the action, in which they will automatically play their meagre parts until the tragedy sweeps into the dark and leaves them mystified and at yet another loose end. Their only other ‘visitors’ are the troop of players who they meet on the road to Elsinore. They know their job and have their royal entertainment to rehearse and so the bulk of the play is R&G left alone, improvising endless variations on the shoestring of their unfathomable situation – preposterous and plangent by turn. Laughs aplenty, though John and I never ever argued about whose was whose even when they shifted.

After some months Tom popped in to see his play again and wrote us a letter telling us that, after so long, a faded carbon
would not have been surprising, but that our performances retained all their sense of discovery and relish: he felt it was the highest compliment he had ever been paid. Perhaps Tom’s words remain the highest compliment I have been paid, which I still feel privileged to share with John – though we never became friends or even drank in the same group in the stage-door pub. He could be brusque off stage, but always impeccable on, and to me definitive – and affectionately, vividly remembered in detail to this day. 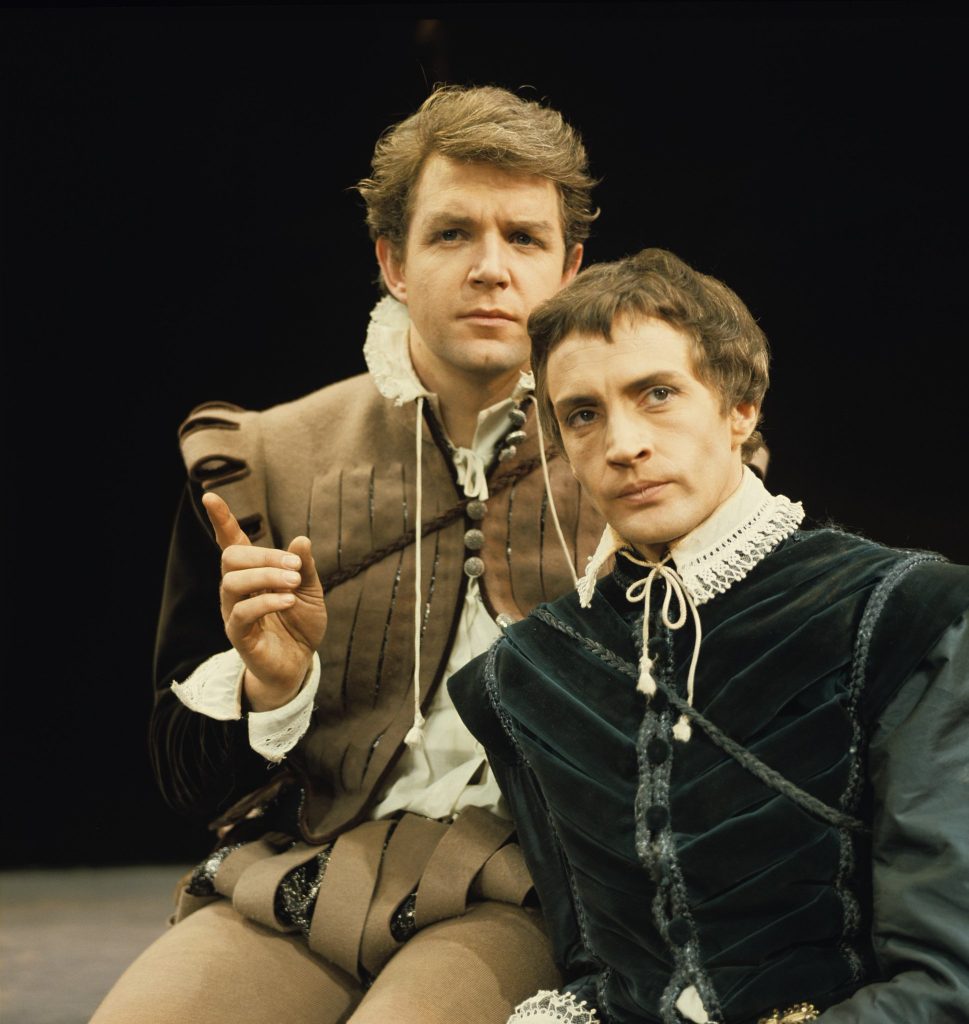 One thought on “TRIBUTE TO JOHN STRIDE”