I have long held that Twelfth Night is one of the plays the world could least well do without. To mark this particular Twelfth Night and the start of the 400th year since Shakespeare’s death, a short film: 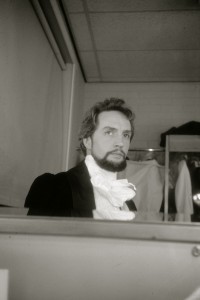 Self-portrait in my dressing-room mirror, dressed as Duke Orsino during the RSC small-scale tour of Twelfth Night in 1978. Photo by EP 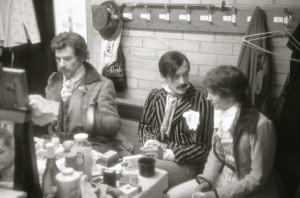 Ian McKellen as Sir Toby Belch, the late and mush missed Roger Rees as Sir Andrew Aguceheek, and Emily as Viola during the same tour. Photo by EP

As it also Epiphany, here is another photo of the small unseasonable epiphany of the daffodils in our Sussex garden, taken in the sunshine of the last day of 2015, before the wind and rain returned. 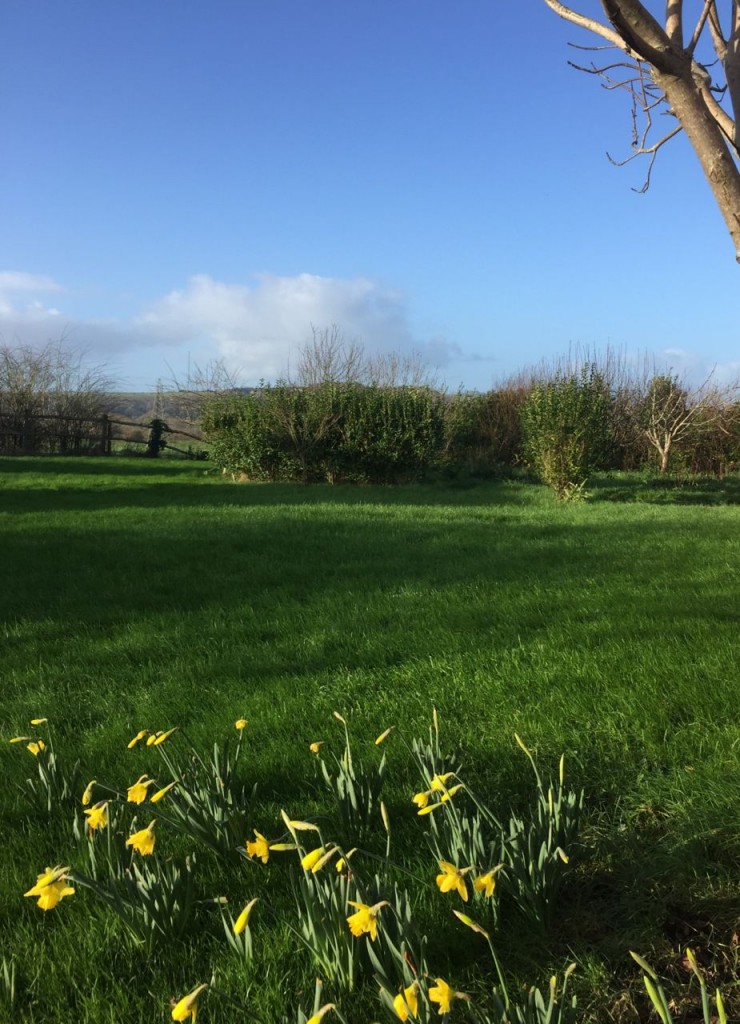 And a reprise of my reading to camera of T. S. Eliot’s ‘Journey of the Magi’, a poem I first read publicly as a lad of seventeen in West Bowling, Bradford.

A Very Happy New Year to You All!