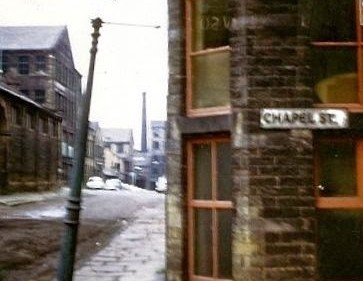 I know that we both took acting classes for young amateurs in the same upper room in Bradford – a disused wool-sorting room it was in Chapel Street, the least theatrical street imaginable but the cradle of a surprising number of theatrical careers. She must have preceded me by about three years. But we were to play husband and wife (Ferdinand Gadd and Avonia Bunn – character names to conjure with) in Arthur Wing Pinero’s magical backstage comedy Trelawny of the ‘Wells’ at the National Theatre in 1965/6.

I last saw Billie when I was invited to a function at the actors’ rest home Denville Hall a few years back. We had not seen each other since 1976 when I was in a reading of a script by her husband Robert Muller at their home. At Denville Hall, after a lapse of over thirty years, in a way she looked just the same but she told me she had a condition that made her balance unsteady. We chatted as we helped  ourselves to tea at a buffet and she quite naturally – in parenthesis – went into a short section of Not I and then continued reminiscing about Beckett and Pinero – one might say two figures at opposite poles of the drama. I remember the quiet speed and clarity of her speech as she gently launched into the part for which she is still famous. They played a clip on the radio last night and I heard every word, not something one can say about every rendition of that ‘impossibly’ challenging role.