A modern house, he saw, perhaps ten years old. The place was beautifully kept with that air of opulent peace that clothes even the smallest houses of the well to do.

E. C. Bentley, Trent’s Last Case
I was touched when some of my regular readers sent messages. There had been an unexplained long lull in my so-called weekly postings and the messages expressed the hope I was well. I responded to them and then posted my ninety-ninth blog.
I must not be intimidated by the task of this, the hundredth. At least I have some news and have the delicious chance to be thinking about two plays at once, the greatest tragedy in English and what many think of as the most perfect comedy. It may not be wise to tamper with perfection but, from the moment I heard the duet for Miss Prism and Canon Chasuble in a new musical version of The Importance of Being Earnest, I was smiling away my last scruple. This is the week in which I will have my first rehearsal of that duet with Susie Blake and meet with Paul Hunter under the joint auspices of the RSC and his company Told by an Idiot, just the two of us in duet form to tamper with and explore the colossal structure of King Lear.
Meanwhile I have been preoccupied with the research into West Hampstead, or should I say Kathleen’s research. I said to her last week, on the strength of the breadth of her discoveries, that perhaps our book should be called West Hampstead – Hub of Empire, and that was before she discovered that Cecil Rhodes in 1873 bought ten new brick houses ‘prettily situated’ three minutes from West Hampstead Railway Station; he was twenty years old and had capital made from Kimberley diamonds he wanted to invest. We need to discover which houses they were and whether one of them was the house in which E. C. (Edmund Clerihew) Bentley wrote Trent’s Last Case, the detective novel which was the inspiration for the Peter Wimsey stories of Dorothy L. Sayers.
Bentley was a groundbreaker, introducing not only the idea that his hero was not a superhuman mastermind but also a man involved in a romantic love story within the complexities of the plot. It was a plot, we are told, he worked out on his daily walks from West Hampstead to Fleet Street where he was a leader writer for the Daily Telegraph. It was no doubt easier to be creative and think strategically in the London streets circa 1911 with only the noise of horse traffic, even though there were twice as many Londoners as had been counted in the census of 1851. 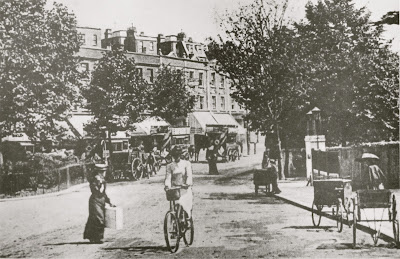 ‘Traffic’ at West End Green, circa 1905
What would Bentley think of me now, not walking but Tubing it into the centre (as he could have done of course), but thrilling to his astonishing twists and insights in electronic form on my Kindle? What would he make of the Dog Roses I managed to ‘paint’ on my iPhone as I sped underground to play Sophocles’ Tiresias near London Bridge, a painting inspired by the blooms in the cemetery he too must have known. 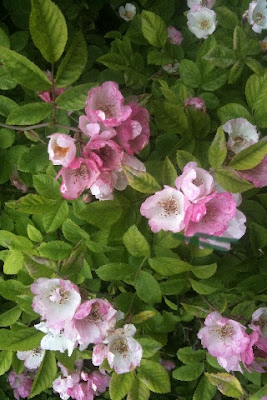 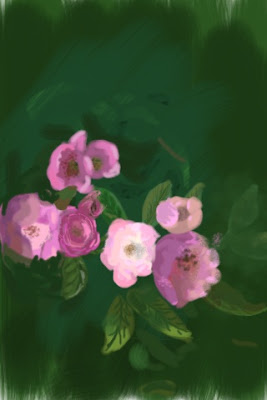 Postscript
Bentley was also the inventor of the ‘Clerihew’, which The Poet’s Manual and Rhyming Dictionary defines as ‘a humorous pseudo-biographical quatrain, rhymed as two couplets, with lines of uneven length more or less in the rhythm of prose.’ And so I leave you with my very first clerihew:
Trent’s Last Case, by E. C. Bentley
Was the first case to introduce love themes, very gently.
In similarly tender hue
I dedicate this clerihew.