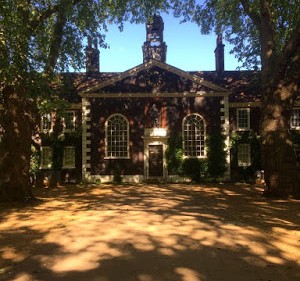 Yesterday we had our last London rehearsal before My Perfect Mind opens in New York next week. Our rehearsal venue in Shoreditch was next to the wondrous Geffrye Museum, which specializes in the history of the English domestic interior. The main body of the museum is set in Grade 1-listed almshouses built in 1714 by the Ironmongers’ Company, with a bequest from Sir Robert Geffrye, twice master of the Company and former Lord Mayor of London. For almost two hundred years the almshouses provided homes for around fifty poor pensioners. The museum was founded 200 years later in 1914.

Before I embrace the hyper-energy of Manhattan, I leave you with a few glimpses of the gentle oasis that is the Geffrye. In the lovely dappled light of an English summer’s day, it shines like a good deed in a naughty world. 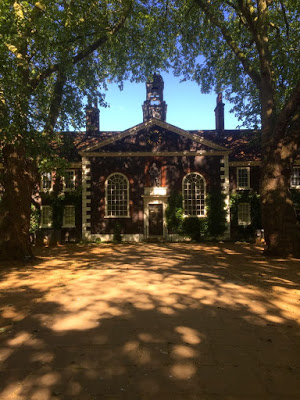 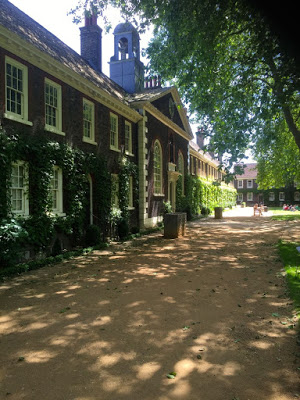 And this is a watercolour of the Geffrye façade by Phyllis I. Dimond, housed in the V&A’s  ‘Recording Britain’ collection of topographical watercolours and drawings made in the early part of the Second World War. 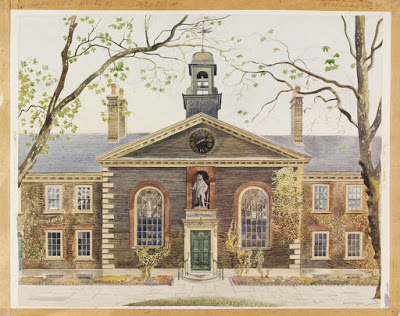 Today we fly out and I will soon be able to send you a picture of the pre-Civil War clapboard survivor across the street from my New York digs. Until then …
Click here to cancel reply.