I’ve never tried to get onto the performance poetry circuit. This circuit suits me well: I imagine the audience, and rehearse alone with them that conundrum of sharing confidence whilst steering the dangerous course between self-revelation and self-indulgence. The short webcam film is, like a doodle on a restaurant napkin, confined within limits; at the same time it has no limits! None! Except the important ones which one discovers as one goes along – one’s own – good things to work against.

A neat and modest flat, a narrow stair
Led to a skylit studio. – Was where
He liked to work in chaos, organized
The high-priced priest and pagan, canonized.

Conservators and archaeologists
Using photographs and copious lists
Moved studio, lock, stock and champagne crate
When Francis had become, at last, the late
Spent three whole years to work their awesome trick
To fix his farewell flux in time’s aspic
Conveying it, in gesture strangely grand,
As in the song – across the sea to Ireland.

Every squeeze of paint, each grain of dust
Doors, floorboards, the wall plaster a must
No flagellation or defenestration –
Here was where he worked and painted desperation
Rended strips of trouser corduroy
Photos torn and bent, a golden boy –
Paint-smeared newsprint of the hoi polloi.

Lab and Upper Room, Creative Cauldron
Delivery ward for bastard love-hate children
One hundred canvases aborted, slashed
Evidence of aspirations dashed
The scholars tell us – all grist to his mill
The palette knife that went in for the kill.
Curators quickly pounced, and with due care
Formalized the wild abandoned lair
Now Dublin can so cordially invite us
To lionize the lion’s last detritus.

Artistically arranged attendants
(Are they good to their dependents?)
Posed here, casually concordant
Attending – not being so important

I’ve made a modest little start
Filed this photo into art
It’s docketed in verse and rhyme
I’ll tidy up just give me time
My history is not mere bunk
How come I’ve turned it into junk?
I’ll not leave chaos in my wake
If only for my loved ones’ sake
I’m not mistaken, I’m no Bacon
What I need’s reincarnation
Rebirth as a minimalist
A formalist you can’t resist
This loft will make a pure haiku
Do I have faith? – Why, yes, I do … 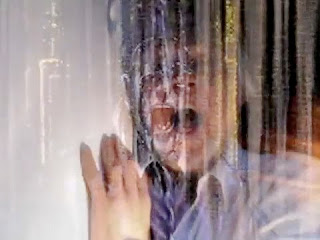 One thought on “BRINGING HOME THE BACON”