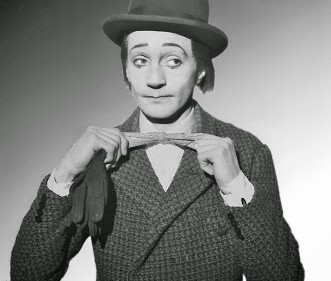 Painting is a companion with whom one may walk a great part of life’s journey.

Winston Churchill, Painting as a Pastime

Less than three weeks after T. S. Eliot’s death, another defining figure of the twentieth century, Sir Winston Churchill, died on 24 January 1965. (The two men, incidentally, shared a love of the Marx Brothers). Churchill’s state funeral six days later, the largest in world history up to that point, ended with the coffin being carried up the Thames by launch from Tower Pier to the Festival Hall Pier. From nearby Waterloo Station a train took the body to its final resting place in Bladon, Oxfordshire. At the time I was rehearsing the role of Conrade in Franco Zeffirelli’s NT production of Much Ado About Nothing at the Old Vic. I reprise here a passage from Slim Chances, with additions:

At lunchtime one bitter cold day, Neil Fitzpatrick and I left the warmth of Franco’s Messina for the South Bank, just in front of the Festival Hall where we found a silent crowd, already several deep, lining the riverside and waiting. The whole of Waterloo Bridge was lined with people, and the embankment on the north side; there were no sounds of traffic. After some time, the crowd around us stirred slightly and then, for a moment, we glimpsed the Union Jack draped over Churchill’s coffin as the barge, which had carried him down the Thames to St Paul’s, approached. 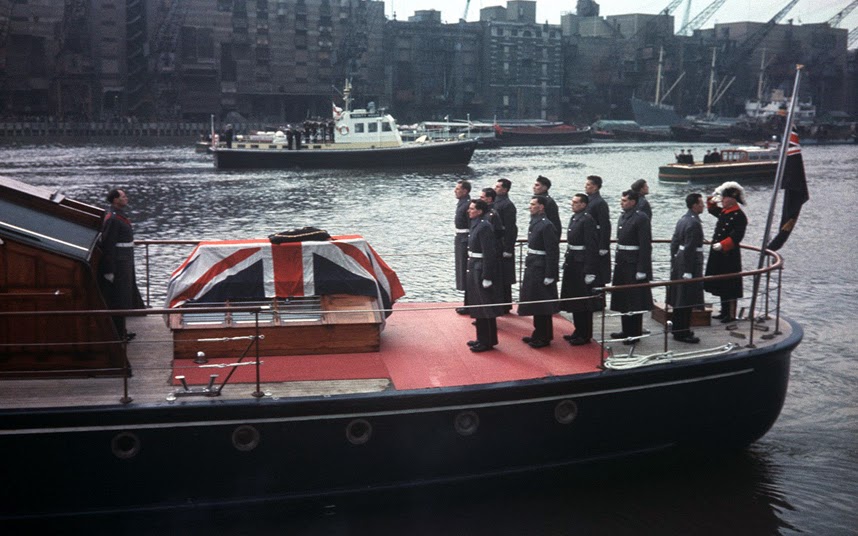 We didn’t know that Noël Coward and his party, shedding ‘proud tears’, had moved from the television set they had been watching since 9.30 a.m. to the window of his Savoy Hotel sitting room directly opposite us, to see this moment of the barge arriving on its progress to Waterloo Station. Coward had dined with Churchill during the war on more than one occasion, including 3rd May 1945, when the complete surrender of Germany was imminent. He recalled in Future Indefinite: ‘There were only four of us: Juliet [Duff], Venetia Montagu, Winston Churchill and myself. The Prime Minister was at his most benign, and suddenly, towards the end of dinner, looking across the table at the man who had carried England through her dark years, I felt an upsurge of gratitude that melted into hero worship … Emotion submerged us and without exchanging a word, as simultaneously as though we had carefully rehearsed it, the three of us rose to our feet and drank Mr Churchill’s health.’ One wonders why he wasn’t among the mourners in St Paul’s rather than watching the ceremony on telly at the Savoy.

We were told later by the stage manager, who had accompanied Franco to the station to watch from there, that Franco had somehow managed to burst onto the platform and follow the train down the platform as it left. Rehearsal was late in re-starting. Years later Ian Mckellen told me that he had had the morning off and watched the procession on its way to St Paul’s and that, comparatively speaking, a holiday atmosphere prevailed.

Churchill’s funeral barge, of course, passed close by the site of the National Theatre’s future home (still twelve years away). At a banquet given in honour of Ellen Terry on 17 June 1906 at the Hotel Cecil (which stood on the Thames Embankment and was even larger than the Savoy), Churchill, then Under-Secretary of State for the Colonies, said in his address:

Let us think how much money can always be easily obtained for any purposes involving the destruction of life and property; let us think with what excitement and interest we witness the construction or launching of a Dreadnought. What a pity it is that some measure of this interest cannot be turned in the direction of the launching, say, of a National Theatre.

But there would be two world wars before a National Theatre Act, establishing the principle of government financial support for the idea, was passed under Clement Attlee’s Labour government. And a Cold War was in full swing by the time the idea was finally realized in October 1963 (almost the same week that Harold Macmillan resigned in the wake of the Profumo Affair).

Churchill was posthumously implicated in one of the NT’s biggest controversies, the cancellation of the premiere in 1967 of Rolf Hochhuth’s Soldiers, which alleged that Churchill was responsible for the death of the Polish Prime Minister, General Władysław Sikorski.

Much less controversially, in an Eton bookshop a few summers ago, I chanced upon a copy of Churchill’s rather magnificent little volume Painting as a Pastime, which Roy Jenkins described as ‘draughts of clear water’. Painting is more of a full-time job for me at the moment as I race against time and the winter light to finish my submission for this year’s Royal Academy Summer Exhibition.