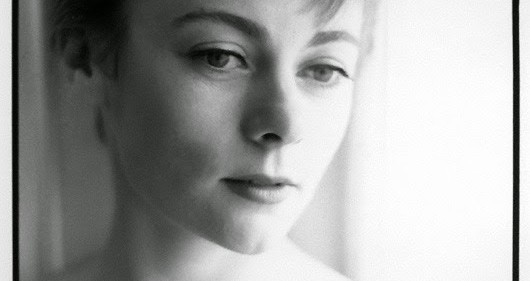 Of course Radio 4 emphasized that she was ‘best known’ for her Miss Marple on televsion, but seasoned theatregoers will remember Geraldine McEwan for her earlier bravura comic theatre performances. I missed a later one of these, her award-winning Lady Wishfort in Congreve’s The Way of the World in the Lyttelton Theatre, but I remember a clip of her big scene, shown at an awards ceremony, which seemed to extend her to new heights of physical clowning.

I also remember, years before that, a conversation in which we were bemoaning a punishing peak in the NT workload, beginning with a week on tour of eight performances at Her Majesty’s Theatre, Aberdeen in which Geraldine had been playing Millamant in The Way of the World and ended the week with four performances as the lead (Raymonde Chandebise) in Feydeau’s A Flea in Her Ear, whilst rehearsing some cast changes. The Sunday was spent in an endless slow train down to London, and we were in costume by 10.30 on the Monday morning on the Old Vic stage, dress-rehearsing the precision machine work that French farce is. Geraldine was always cool and professional with the most gentle voice and manner, but she permitted herself to say quietly: ‘This relentless last week I’ve found myself resenting the sound of the audience’s laughter.’ But she was a master at eliciting it.

The National staged an experimental season at the Jeanetta Cochrane Theatre, in which the NT’s resident expert in French farce and Restoration Comedy acting, as well as Jacobean tragedy, Geraldine McEwan, played a cockney lavatory attendant in Rites, a one-act play by Maureen Duffy loosely based on Euripides’ Bacchae, set in a ladies’ public convenience and commissioned and directed by Lady Olivier! I remember the comic effect as a solemn procession of stagehands carried on lavatory seats to set the scene.

The three stars [of Armstrong’s Last Goodnight] – Stephens, Finney and Geraldine McEwan – were properly at the centre, and they all gave epic theatre grit and the ‘real drive’ of the kind that I have just read Jack Lambert admiring Brecht for, immediately after his death in 1956, ‘his ability to drive actors to real attack.’ There seemed to be an idea that in losing the ‘ham’ of the nineteenth century and embracing, if that is the word, the so-called ‘throwaway’ naturalism of the West End box-set play, English actors, with a few great exceptions, were in danger of being incapable of the kind of epic realism of the Berliner. But they didn’t need to be driven – the vast reaches of the Chichester stage and the even vaster reaches of that splayed auditorium, demand real drive, and the curious archaisms of Arden’s script begged to be spouted, not in poetic arches of theatrical rhetoric, but in direct hammer blows and with incisive scythe swipes and spitted out staccato, rapid-fire, accompanied often by physical swagger, or from Geraldine, diamond-sharp poise.

Geraldine at a rehearsal one day of A Flea in Her Ear: a noisy bit in the last act where she was remonstrating with the hotel porter double, believing him to be her returned and inebriated husband (why were we rehearsing? We often were). Geraldine asked Maggie Riley and me, who were standing on either side of her and had a ‘no certainly not’ in concert together, to make it ‘a little bit untidy’. Her next thing was to do a steadying gesture to us, as in ‘I’ll deal with this’ walk down stage to her husband and say to the befuddled Hotel Porter very quietly: ‘Now we’ve had quite enough of this’. That night, the laugh on that simple line (always big) was more or less doubled. She always said that she had been at sea in the first rehearsals until Jacques Charon gave her some agitated off-stage dialogue to precede her first entrance. This cracked her problem setting the right pace and mood and was the key to her performance.

Our brilliant Mrs Malaprop [in The Rivals] was Geraldine McEwan, her cut-glass Kensington with that curious bass undertow when she needed it (I can still hear her using it with angst for ‘This is hell’ in The Dance of Death), its occasional use abetted her in achieving the perfect comic delivery for the famous Malapropisms.