There has been an unexpected coda to the Picasso owl episode which you may remember from last week’s blog. It was played out this Saturday night in my dressing room after The Fantasticks. As I opened a card from my old Actors’ Company colleague Sheila Reid, I was faced with this remarkable real-life version of Picasso’s painted terra cotta — a complete chance — Sheila, as far as I know, is not a follower of my blog: 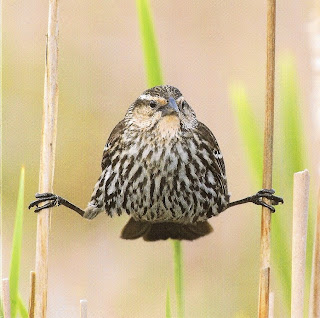 Before Sheila went into the night to her after-show supper, and I to mine, she expressed the hope that nothing would happen to compromise the lightness and delicacy of the way we did the show. Perhaps it is a good sign that the delight of the production appears a little fragile.

I have known Sheila since 1964 when we met in a tiny ante-room in the temporary headquarters of the National Theatre, the long-vanished ex-Coal Board’s ‘suite’ of offices (all ante-rooms) housed in a hut situated in a yard off Aquinas Street, near Waterloo Station. We were both auditioning (successfully as it happened) to join Olivier’s NT at the Old Vic. Latterly she has become famous for her Madge Barron in the television series Benidorm, but I will take this as my cue to show her in a different light from the sun-drenched, sun-creamed vision scheduled yet again for the autumn and beyond on ITV. This earlier rare glimpse of Sheila is from David Munro’s 1975 film version of my stage revue of R. D. Laing’s Knots, bits of which already appear on my website and YouTube channel (see Clip 1 and Clip 2). Incidentally, for me, the film, because of its radical adaptation, failed to capture the essence of the show. Sheila is preceded here by Mark McManus who performs one of Laing’s more nihilistic knots:

On a prowl round the shops in the area surrounding the Duchess Theatre last week, I came across a large and splendid framed photograph of Sarah Bernhardt as Hamlet, circa 1899, on sale in the window of Pleasures of Past Times in Cecil Court for £495. By the time I had returned from delivering a first-night card to Olivia Darnley for All My Sons at the Apollo, it had already gone!

I am fascinated that the Divine Sarah’s Hamlet played Stratford-upon-Avon, amongst other dates on her extensive tour, but I had no desire to possess the portrait. Tonight I have settled for seeing on YouTube her duel scene with Laertes in a snatch of film shot in 1900 for the Paris Exposition: Le Duel d’Hamlet. In this excerpt Sarah’s Hamlet omits to kill Claudius, the Queen is nowhere in evidence and the two duelists do not exchange forgiveness — and, unlike my Old Actor in The Fantasticks, does not get to say ‘And flights of angels sing thee to they rest’. It is a ludicrously worthless record. In the available recordings of her voice coming to us in, I am ashamed to say, to me inexplicable French, we hear the all-too-familiar nineteenth-century chanted utterance with liberal vibrato, as in the English use of the same style in Ellen Terry’s recordings. We can only believe that Bernard Shaw and the public at large were right to be in love with Terry’s talent, and that it is time, not talent, that is at fault when we cringe at the recorded evidence of these great stars.

My own ‘period’ acting style as employed in the histrionic efforts of the Henry in The Fantasticks, who remembers former glory but very few lines, does not, I passionately hope, strike anybody as such a dead cliche — but then, as Sheila feared, the delicate and light quality in the theatre is, of its nature, perilously evanescent.

Sheila and I both remember with awe our first NT rehearsals when Olivier was creating his Othello before our very eyes in the Aquinas Street rehearsal room. I still recall, after I had left my small parts in the production, standing at the back of the Vic’s dress circle to see it. His was an extraordinarily consistent performance with which I was intimately familiar, and yet I further recall the hairs on the back of my neck rising on three occasions! 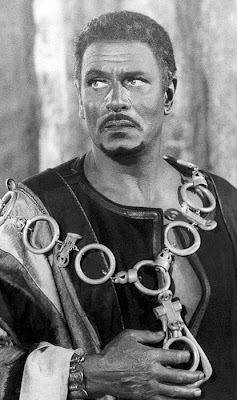 Olivier was a consummate, magical film actor but I heard at the time his Othello was being filmed that he knew he wasn’t finding the trick of adapting his stage performance for the camera, and indeed he didn’t; perhaps it is the film version that Richard Eyre is criticizing when he says Olivier’s Othello is ‘ludicrous’. I suppose that even when we did a special Equity matinee and the whole audience seemed to rise to its feet, there might have been dissenters.

Yes, there are moments, sometimes there is magic …

One thought on “LIGHTNESS OF BEING”