This week I’d like to take you ‘on location’ to Hampstead Cemetery, the setting of a short film I’ve made.

I like to prove that I’m still alive
Though here old Father Time’s work with his scythe
Has put so many people in the earth
Reminding us of what our life is worth
And though I might be breathing rather fast
At least none of these breaths is quite the last.

And all about me rebirth, this late spring
Has put a spirit of youth in everything
And if you care to delve –
Not in the earth but back to Nineteen Twelve –
In 1912 so lively in demand
An act with partner ‘Jim’ by Royal Command
Performed before the King and Queen.
Among the top-line acts that night were seen
George Robey and Pavlova’s Dying Swan
Imagine seeing that whilst waiting to go on!

Arthur Prince is buried here
Ventriloquist: a glass of beer –
He’d drink it, quick in one long draught
His public gasped and hardly laughed
Because his dummy went on uttering
Quick-fire wisecracks; Prince, not spluttering
Drank as if by Royal Command
But then, a final high demand
Brought him with his dummy here
Where there was no glass of beer
No sound there came from either voice
As gently purred the sleek Rolls Royce
No longer quick he was, but dead
The secret of his trick, ’tis said
Was buried with him. Sad but funny
They sleep here, secret, Prince – and dummy.

In one direction we’re all pointed
Arthur, Prince, and King Anointed
Perspective has a vanishing point
Infinity shouldn’t disappoint. 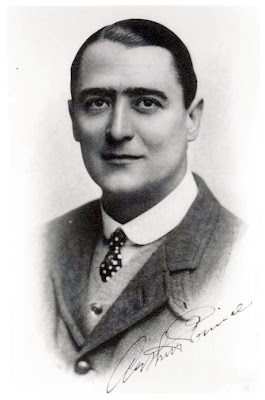 Photograph of Arthur Prince in the State Library of Victoria, Australia
A Royal box has now been created for ever in the music-hall, for it is unlikely that the keen and intelligent brains that are at the service of that little sister of the theatre will let the Royal box tradition easily die. Moreover the “command” performance at the Palace Theatre continued without a break from eight o’clock to half-past eleven, and their Majesties and suit never left their seats. The performance as arranged was duly presented … and from beginning to end it was as near a success as (humanity being what it is) was possible. … Mr Arthur Prince, the ventriloquist, although Purists have never been able to see why he should be dressed as a captain of the Royal Navy in order to hold a familiar conversation with his dummy “Jim”, dressed as a gunner, did wonderful things in the way of smoking and making his dummy sing songs at the same time.
(From the report in the Guardian, 2 July 1912, of the first Royal Command Performance) 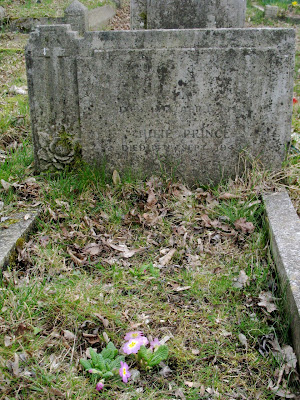