Ever-inventive nature continually produces one shape from another. Nothing in the entire universe ever perishes, believe me, but things vary, and adopt a new form. The phrase ‘being born’ is used for beginning to be something different from what one was before, while ‘dying’ means ceasing to be the same. Though this thing may pass into that, and that into this, yet the sum of things remains unchanged. Ovid, Metamorphoses XV 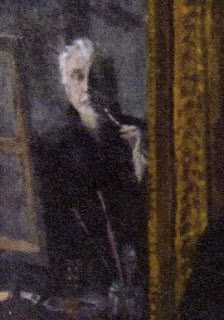 Having decided, at the age of seven, to become an actor whilst watching my first pantomime from the third row of the Bradford Alhambra’s balcony (a position that afforded me the best view of life and of Bradford I’d ever had, from the back-street credibility of Norman Evans’s Dame, to the twelve little local girls as ‘The Sunbeams’ and Kirby’s Flying Ballet in the transformation to Fairyland), I had only two transient changes of heart. One lasted but a few days, and I can date the volte-face from the fact that my head was level with the kitchen sink as I watched a plumber perform a kind of transformation scene in our stone-floored scullery, with real fire effects from the blow lamp, as he created a marvellous new bulbous, silvery join in the cold-water pipe (we had no hot one) about six inches below the brass tap.

The real-life role of plumber turned my young head, seemed an attractive way of fitting into the adult world, but I returned to my first love. However, I did once play a plumber on the stage; it was in a little two-handed sketch, written by a fellow student at the Northern Theatre School in Bradford’s Chapel Street. I was called in to rescue the heroine’s (and author’s) earring from the bathroom basin’s waste pipe (somewhere on the Continent) and there was a romantic twist. I seem to remember the main acting opportunity was my realization, whilst miming the business with the waste pipe – my realization that … well I can’t recall exactly, but it was some metamorphosis of my identity, sparked off by the heroine’s prattle.
Whilst this scene was taking place in our acting studio, a reclaimed wool-sorting room at the top of a Bradford warehouse, David Hockney was across the town in a converted chapel, the Bradford College of Art. I never met him then, nor any of the art students, but my second change of heart had been a desire to become an art student myself.

Mr Green, my grammar-school art master, told me that my two O-levels in Art and English Language would be deemed insufficient, as I would naturally not expect to earn my living as an artist and would have to teach. But I soon abandoned the effort to cram for more qualifications, left school and took myself into town, one snowy Wednesday half-day off from my job in a shop, to audition for Miss Esmé Church at the Northern Theatre School. There my rendition of Richard II’s ‘What must the King do now?’ was convincing enough to require no academic credentials as back-up. (See Postscript below.)

It was not until doing two RSC seasons in Stratford in 1996-97, and living a bachelor life away from London and the family, that I decided, as I turned sixty, to develop what had been only the most spasmodic dabbling in ‘Art’. I did it, I think, by beginning to act the part of someone who could draw, perhaps no more audacious a strategy than pretending to be a king when I was sixteen in Bradford. 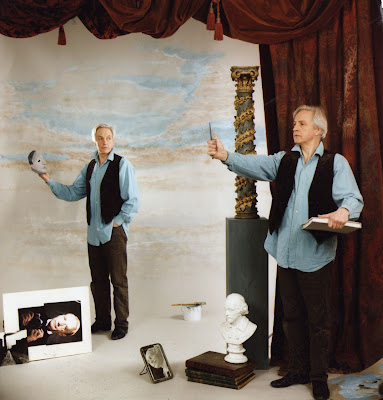 Back in London I found time to attend life-drawing classes. ‘A self-taught artist is one taught by a very ignorant person,’ said Constable. And one is usually left to get on with it in this most exacting of disciplines, though one tutor did hint that I should be guided more by the ‘negative space’ – the shape of the spaces between limbs. I realize that Hockney’s consistent advice to art schools to teach Life Drawing and Perspective is less and less heeded these days. My own daughter’s Fine Art foundation course devoted a mere week to life drawing.
My forthcoming exhibition, ‘Early and Late Stages’, will have a few ‘readymades’, found objects (plumbing would not be out of place) and perhaps a video or two, but nothing Conceptual … unless one counts the trick of conceiving of oneself as an Artist, an artist of the type current before plumbing’s big moment in modern art – Marcel Duchamp’s Urinal, otherwise known as ‘The Fountain’ – only six years away from its centenary! My excuse for the number of self-portraits is that I am the cheapest, most patient, most proactive model I know. I often feel disappointment with a tinge of amazement at my results, indeed that I get results at all with these improvisations. If, despite my uncertain technique, they have life, it seems, at best, to be a wayward life of their own; a metamorphosis.
Postscript
I can never hear the Elizabethan madrigal ‘The Silver Swan’ without thinking of my drama school class of 1953 singing it in a converted wool warehouse in Bradford …