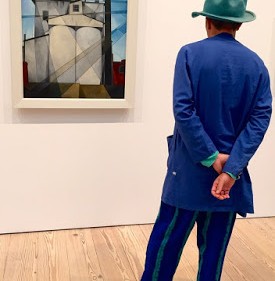 My friends, my dear friends! Can I be silent, in leaving this house for evermore? Can I restrain myself, in saying farewell, from expressing those feelings which now fill my whole being … ?

Gaev in Act IV of Chekhov’s The Cherry Orchard

I arrived back from New York last month not with a
clutch of press cuttings, but heavy jet lag and hard copies of two editions of
the New York Times. I suppose there must be hard evidence, too, of the
twenty-two online rave reviews we received but, more potent and poignant, I
carried memories of the lively, wise and witty audiences and impressions of the
numbers of people we spoke to after the performance each day, fellow theatre folk,
friends, long-lost acquaintances. There were people too who
had simply breathed the same air with me in theatres – do
I romanticize? Perhaps, but most amazingly, on one of the 59E59 nights,
there was the Englishman, now American, who announced that he had met my late
mother-in-law on a train from Victoria to Lewes, sat with her on the coach to
Glyndebourne – both of them in their operagoer’s finery and alone, so they
talked together, as theatregoers do, and spent the time before the performance
in the gardens with the trees and flowers, their champagne and afternoon salmon
sandwiches. She told him about her daughter Emily and me. He had seen an early performance, he told
me, at the Old Vic of Rosencrantz and Guildenstern Are Dead in 1967; I think he had also seen Emily and me in Nickleby on Broadway and certainly later saw me in O’Neill’s Strange Interlude.
We had Mondays off and no weekday matinee,
though we did undertake four shows in one rather gruelling weekend. So there was time to visit art galleries.
Of special note was the new Whitney Museum situated in the Meatpacking District
between the Highline and the Hudson River. It was fascinating to watch
Americans viewing their own art and the turbulent history it recorded. An
atmosphere of almost silent reverence prevailed, quite unlike the tourist
bustle uptown at the Metropolitan Museum which houses the most astonishing
collection of Impressionist paintings. 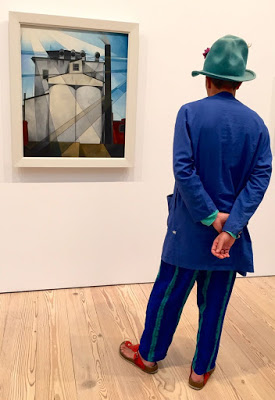 It was my daughter Dora and her friend Ruth who told me of the
High Line, a green promenade over a mile long, imaginatively reclaimed from the
disused southern portion of the old West Side Line.
There was time also to walk in the heat and
splendour of Central Park, always escaping to my subterranean air-conditioned
dressing room on East 59th Street to rest and recover before the
show. 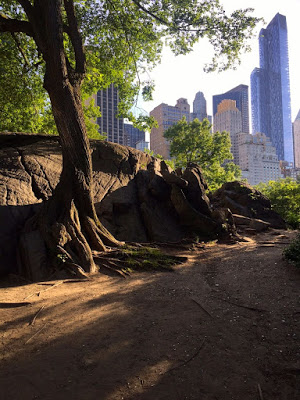 The mesh of connections is complex and it was especially apt that I should be reminded of East Sussex on East 59th Street; it so
happens that Emily and I are moving out of our London home to a house on the
edge of Lewes where our view, if all goes smoothly to plan, will be of Mount
Caburn and in theory we might dress for the opera and walk towards and over
that hill, hardly a mountain, to Glyndebourne, just down the other side. I
say just, but a taxi skirting round would be wiser.
However it was owing to the fact that Emily
and I had had not only a steady period of work with the RSC in the late 70s to
the early 80s, but had made television versions of the RSC Nickleby and Trevor
Nunn’s RSC production of Chekhov’s Three Sisters that we were able to
contemplate buying the house we are now leaving (those were the days). 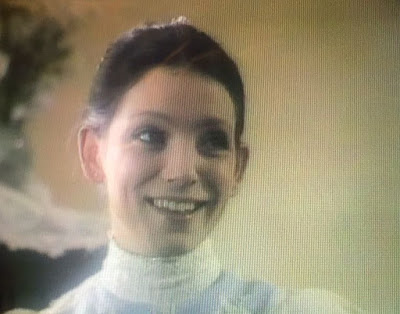 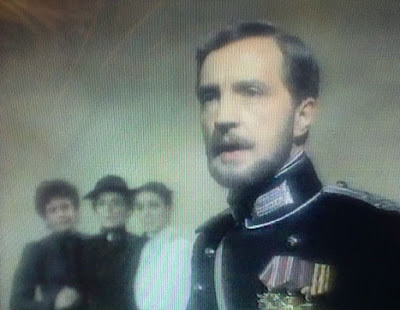 Thirty-three years have passed.
I started boxing books and paintings before
I left for New York and thought of the physical work as part of my preparation
for performance. I have resumed my labours since coming back, being as
ruthless as possible with the accrued possessions and junk. Kathleen sprang to
our aid and did wonders with an impossible attic.
Talking of old acquaintance, I thought I
must have lost this photo of The Soldier’s Tale. I almost threw out a seemingly
empty brown envelope but luckily checked it first. There is the great violinist
Yehudi Menhuin tucked into the corner.
Before rehearsals, knowing I had to mime
playing the violin, I listened over and over again at home to a recording of
Stravinsky’s tricky music until I knew the quirky rhythms and worked out my
idea of the bowing before I had laid hands on the prop, mercifully muted,
violin. This rediscovered photo is a favourite because it does appear that I am
managing to dance and get the bowing more or less right at the same time.
Yesterday I came upon a quaint trophy given
me by Caroline Blakiston. Appropriately it has a Chekhovian connection – Caro
was after all the only English actress ever to play Chekhov in Russian at the
Moscow Art Theatre, Carlotta in The Cherry Orchard. The item is symbolic of change,
renewal and the detritus of the past, and is in a crumpled brown envelope that
could easily have been thrown out, but it bears a handwritten label which
reads: ‘Piece of canvas from Moscow Art Theatre stage cloth? gathered by me on
my 1st visit to Moscow when they were re-building in 1982. And a fragment of
floor tile picked up at the same time.’
It is possible that Stanislavski, even
Chekhov might have trod this particular patch of tile. Ridiculous to keep such
remnants, to attribute mysterious qualities to them … or is it? Where does one
draw the line?
Our daughter is here and at this moment is
ruthlessly chucking out sketches she did at art school and putting books in the
Oxfam pile; that’s the way! Oh for the life of a minimalist!

But with handmade artefacts and what I think of as eccentric
treasures, whether related to Moscow, Menuhin or Manhattan, one must be careful …

Postscript
In view of the present preoccupation with boxing everything in sight and the impending move to Sussex, please note that there will be a short moratorium on website orders for the Slim Chances audiobook and NT50 special edition. These items will again be available to order from the second week of September.