Now that my Weekly Post is marked in red letters on my home page, I feel abashed not to be launching a new webcam film or at least a weighty and well-considered essay. Still, red-letter days can come in modest garb even though judges and academics traditionally don their scarlet glad rags. You see, my younger son instigated a clear-out and rearrangement of our understairs cupboard two nights ago and I was drawn to help. There is a glory in such unremarkable domestic achievements – the crooked being made straight and the rough places plain; prepare ye the way of the Lord indeed, though it seems a pity to exalt every valley and to see every hill made low, or so I thought looking at the attractive undulating English landscape photograph adorning Ian Bostridge’s YouTube feature of the famous aria from Handel’s Messiah.

Lurching from George Frideric Handel to Paul McCartney, via the understairs cupboard, you will be ahead of me if last week you heard the red-letter day on which the former Beatle was on Radio 4’s Today programme for over eleven minutes, reminiscing about the dear dead simple days when houses had a single telephone under the stairs, ‘and if you weren’t in you weren’t in.’ Paradoxically he was promoting his essay published by Ether Books, a new iPhone App that enables you to read short stories on the train without carrying a book – or, in McCartney’s case, an essay entitled ‘Meat Free Monday’. ‘Not a veggie thing,’ he said, telling us that meat production creates a bigger carbon footprint on earth than transport! Most of my immediate family treats every day as meat free, so we are doing our bit in a big way.

As well as the understairs cupboard being put in order, The Fantasticks rehearsals are looking shipshape and we are due to run the whole show this coming Monday afternoon. Our Southwark rehearsal room is not only quite near where William Shakespeare rehearsed, but even nearer Bear Lane where there is still a scenic supply company utilizing a couple of railway viaduct arches under which the actor-manager Sir Henry Irving stored his scenery for forty-four Lyceum productions in the 1890s (260 scenes in all). Many of them Shakespearean scenes of an elaboration that would have astonished Shakespeare and his actors almost as much as the coal smoke, hiss of steam and thunder of the engines running by above. Irving lost the whole of this precious stock to a fire in 1898.

Scenery is long, unhandy stuff to handle. That of the Lyceum was forty-two feet long when the cloths were rolled up round their battens; the framed cloths were thirty feet high and six feet wide in the folding plaques. In the first ten years of Irving’s management we had to keep the scenery stored in all sorts of places and the space available in the theatre was packed solid. We were always on the look out for a really fine storage; and at last we heard of one. This consisted of two great, high railway arches under the Chatham and Dover Railway, then leased to the South-Eastern. It was a part of Southwark where the ground lies low and the railway line very high, so that there was full height for our scenes. 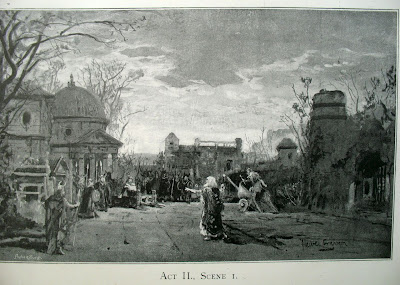 Lyceum souvenir programme of King Lear, one of many productions whose scenery was lost in the fire. 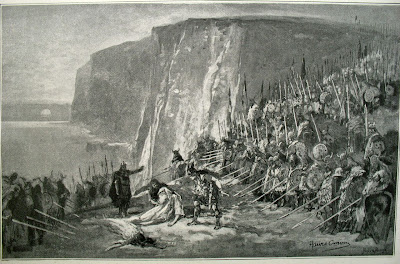 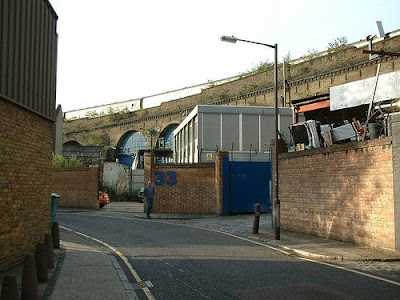 Our Fantasticks is more in William Shakespeare’s tradition: there is a bare platform and a cut-out moon, but I got home today after rehearsal as if I had witnessed a sumptuous spectacular. I had sat on the Jubilee Line Tube train from Southwark, where usually I need a book or newspaper, not an iPhone short story, to while away the dull journey, but I simply sat in a kind of Fantasticks theatrical afterglow, fragments of tunes in my head making me forget the noise of the train. And in no time, I was at Waitrose buying some fish (organic farmed Scottish salmon) for tonight’s supper – eschewing Peruvian asparagus, but risking early English strawberries – leaving behind me as light a carbon footprint as Paul McCartney can only dream of! 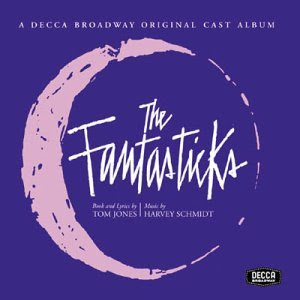 CODA
In 2008 I photographed the special luggage entrance and exit at the Midland Hotel in Bradford, the passage down which Irving’s body started its last journey back to London in 1905. The night before, he had spoken his last line on the stage of the Theatre Royal as Tennyson’s Thomas à Becket: ‘Into thy hands, O Lord, into thy hands.’ 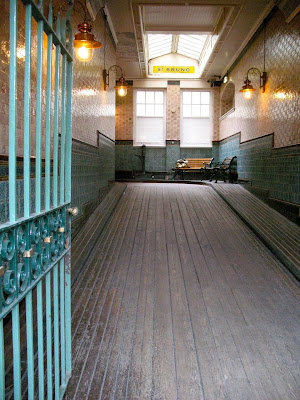 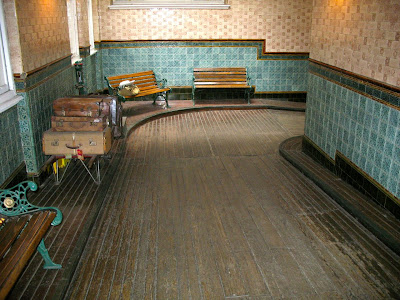