Alice opened the door and found that it led into a small passage, not much larger than a rat-hole: she knelt down and looked along the passage into the loveliest garden you ever saw.

I love plain, uncluttered white rooms, such as this one in the Museum of Modern Art in Bonn. 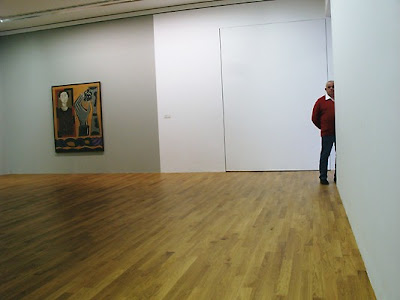 It was an hour before closing time when I arrived (one day in September 2008) and I had most of the white rooms of portraits to myself. There were many German Expressionist paintings and contemporary conceptual pieces. The gallery itself was perfectly plain and clinically white, with white daylight evenly illuminating the rooms from scientifically arranged windows above, so that the well-spaced canvases in the deserted rooms looked as if they had been taken from the hurly-burly of the artists’ studios and sectioned under some benign Bonn Mental and Artistic Health Act.

The stout man in the red jumper was a security attendant and kept emerging kinetically round corners as he kept his eye on me. 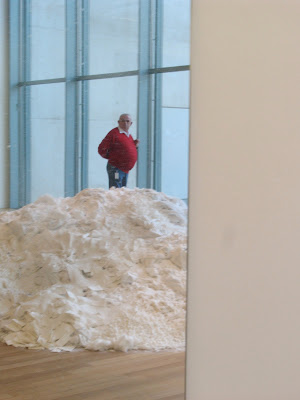 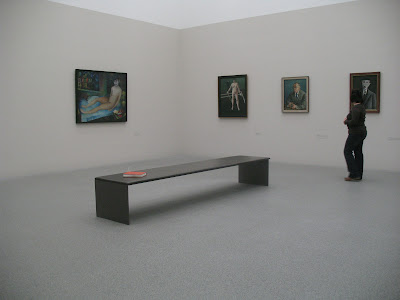 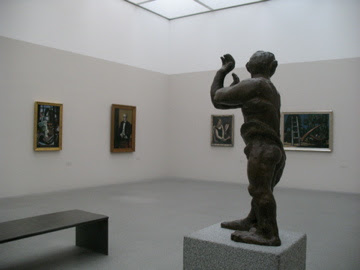 I have designed theatrical shows for minimalist white rooms, though I have never possessed one in life. Yet one unremarkable, far from white room, in which I spent an hour or so once, seemed to have been the spiritual home that had been awaiting me and into which I had stumbled without a search. I was preparing for an appearance at the custom-built amateur theatre in Bradford, which I knew well from my amateur days, a pearl amongst ‘little theatres’. I knew where the small paint shop and scene dock was and, needing to touch up a piece of my scenery, I nipped down and found some scenic paint and a brush and got to work amid the general scenic clutter of ladders and flats, stored props and cans of paint, and felt suddenly that I could make a life’s work in this room.