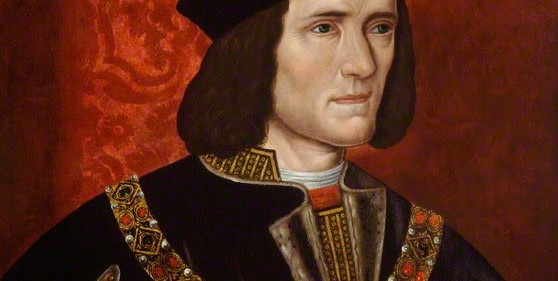 Later today the coffin of Richard III will reach Leicester Cathedral where it will lie in state before the king’s reinterment on Thursday. This morning I woke to Radio 4’s live broadcast of the Sunday service from Leicester Cathedral. A limerick to mark the occasion.

The monarch old Richard the Third
Of whom everybody has heard
But who’d think to rest a
Great monarch in Leicester,
Build a car park on top: it’s absurd.

In the first scene of My Perfect Mind I quote Keats on Edmund Kean’s King Lear, but I was struck not long ago by a wonderful review of Kean’s Richard III and in particular his fight to the death on Bosworth Field. It was written by Thomas Barnes and appeared in The Examiner in February 1814:

His death-scene was the grandest conception, and executed in the most impressive manner; it was a piece of noble poetry, expressed by action instead of language. He fights desperately: he is disarmed, and exhausted of all bodily strength: he disdains to fall, and his strong volition keeps him standing: he fixes that head, full of intellectual and heroic power, directly on his enemy: he bears up his chest with an expansion, which seems swelling with more than human spirit: he holds his uplifted arm in calm but dreadful defiance of his conqueror. But he is but man, and he falls after this sublime effort senseless to the ground. We have felt our eyes gush on reading a passage of exquisite poetry, we have been ready to leap at sight of a noble picture, but we never felt stronger emotion, more overpowering sensations, than were kindled by the novel sublimity of this catastrophe. In matters of mere taste, there will be a difference of opinion, but here there was no room to doubt, no reason could be impudent enough to hesitate.

Every heart beat an echo responsive to this call of elevated nature, and yearned with fondness towards the man who, while he excited admiration for himself, made also his admirers glow with a warmth of conscious superiority, because they were able to appreciate such an exalted degree of excellence.