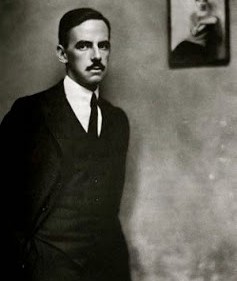 Out of this hulk of storm-tossed life he wrenches his own philosophic musings, and sings them as ever in the lyrical ecstasy of affirmation.  He pieces together a romantic religion out of the bones of science, and reaches across pagan biology to make a god of life. He did it before … but never before with such exhaustive and exhausting questioning, never before with such unwinking courage, or such passages of soaring poetry. Here is, truly, a play of heft and thought.

John Anderson on Strange Interlude
New York Evening Journal, 31 January 1928
As promised, a short film to mark the 30th
anniversary of Strange Interlude on Broadway:
The brief clip you see of me carrying Glenda Jackson off stage is from the version we did for television in 1988, directed by Herbert Wise. And the music you hear over the opening and closing credits was composed by the late Sir Richard Rodney Bennett and conducted by Neil Richardson. You can watch three excerpts from the TV version, each between six and eight minutes, on YouTube. Here is the first.
Incidentally, here is the poster of which you catch a fleeting glimpse in the film, in the living room of the O’Neill’s summer house in New London, just above a bookcase situated near the site of James Tyrone’s ‘glassed-in’ bookcase, as described in the opening set directions of Long Day’s Journey into Night. 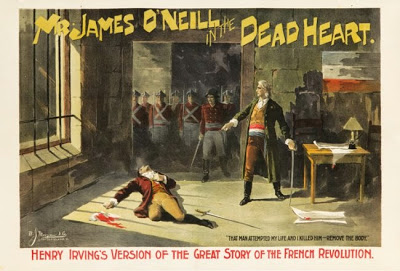