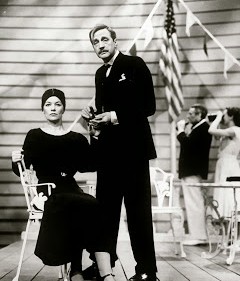 Thirty years ago today (5th May), Eugene O’Neill’s Strange Interlude closed on Broadway. The production had transferred from the Duke of York’s in London to the Nederlander Theatre on 41st Street (where Who’s Afraid of Virginia Woolf had its premiere in 1962, when the theatre was called the Billy Rose) with its principal cast intact: Glenda Jackson, myself, Brian Cox and James Hazeldene. Our ten weeks on Broadway were a happy experience and garnered for me Tony and Drama Desk Award nominations. With My Perfect Mind’s New York season on the near horizon, Kathleen and I are preparing a short film to mark the 30th anniversary of Strange Interlude on Broadway, which we will be posting soon. 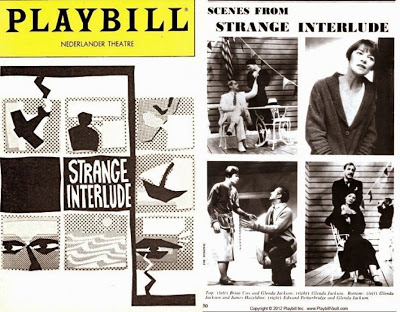 O’Neill’s experimental and controversial nine-act play was first produced on Broadway by the Theatre Guild in 1928 and won the Pulitzer Prize for Drama. It created such a stir that its famous soliloquy technique (characters speaking aloud their inner thoughts) featured as a running joke in the Marx Brothers’ film Animal Crackers in 1930.


A Hollywood adaptation of Strange Interlude was released by MGM in 1932, starring Clark Gable and Norma Shearer. We reprised our production for television in 1988, which, apart from Glenda and me, had a different cast and a very different set from the clapboard and clouds of the stage version.
Strangely enough, with the Strange Interlude anniversary in my thoughts, the weekend before last at the National Theatre I ran into Brian Cox (our Dr Ned Darrell) and his son Alan who, as a youngster, made his West End debut in Strange Interlude, playing the boy unwittingly at the centre of so much subterfuge and angst in the drama. They gave me a lift home and we chatted over coffee in Regent’s Park Road where Alan snapped this picture of Charlie Marsden and Ned Darrell thirty years on.
Alan, himself a veteran of the Brits off Broadway festival, is currently appearing at the Arts Theatre in The Kingmaker, whilst Cox Snr is to appear with Bill Paterson in Waiting for Godot in the autumn as part of the 50th anniversary season of Edinburgh’s Royal Lyceum Theatre. And exactly a month from today, I will be arriving in Manhattan in preparation for the first night of My Perfect Mind at 59E59.