THE WEIGHT AND LIGHTNESS OF HISTORY

The past is the beginning of the beginning and all that is and has been is but the twilight of the dawn.
H. G. Wells
The charm of history and its enigmatic lesson consist in the fact that, from age to age, nothing changes and yet everything is completely different.
Aldous Huxley

I have been thinking globally recently, of
the splendour of Greece (Ancient of course), of the Common Man’s life under the
Roman Empire, but yesterday we did our final rehearsal-room work and tomorrow The Importance of Being Earnest rehearses on the stage of the Theatre Royal Windsor. I failed to make this
precious, fitfully sunny Sunday creative, or even recreative, and certainly it
was not global: chores mainly, though I managed three acts of charity.
First I decided to de-clutter my wardrobe
and give a dinner suit away to a local charity shop. They seemed only faintly
pleased, but perhaps they were surprised that I wanted to check its pockets
first. What should I find but a name badge in the breast pocket: ‘Edward
Petherbridge, Guest Speaker’. There was a crest that I recognized – Reigate and
Banstead Borough Council – and I remembered then that I had actually bought
from this same charity shop the very suit I was giving them back. It had been
an emergency replacement because I’d found at the last minute that my old suit didn’t
really fit (it had been so long since I had appeared in evening dress). On the
way out of the shop I saw a very smart shirt with a Jermyn Street label, a snip
at £6.50, so I bought it. When a lady called at our house later in the afternoon
looking for support for St John’s Ambulance training courses in schools I
though here was my chance to be charitable without an ulterior motive.
But I still have the feeling that I have frittered the day away. I think it is because I came across a prop book in the rehearsal room last week, a slim volume called A Short History of the World by H. G. Wells. I told Kathleen how fascinated I was by it, and a copy arrived in the post two days later.

I feel feckless when I am not making it my business to read such a handily succinct account of everything from the first stirrings in the primeval mud, through the evolution of man, the great personalities and eras up to the particulars of 1922 when the book first appeared (there have been additions in my Penguin paperback by Wells’s son and Raymond Postgate, taking us up to the mid-1960s).

The book has made the long Tube journeys to rehearsal in Clapham a pleasure, and I was astonished to find in the Independent the other day, a photograph of 37,300-year-old Neanderthal cave art and the claim that ‘4% of every modern European’s genome is traceable to Neanderthal origins.’ 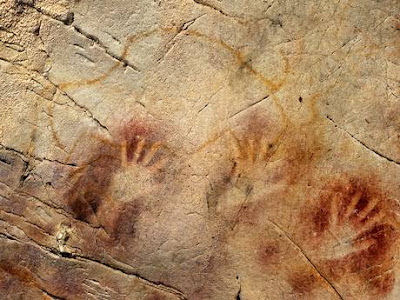 Once again I feel disturbed that my life is not more … how can I put it? Elemental? True the little role of Canon Chasuble, with the added treat of his duet with Miss Prism, doesn’t seem on the surface to draw on my 4% of Neanderthal, but any rehearsal worth its salt requires one to live more concentratedly, essentially, and one only has to flick through Wells’s world history, or the Independent for that matter, to realize just how very fortunate one is and to be fired with the determination to make the very best of one’s infinitesimally small role in the great scheme of things, just as soon as one has de-cluttered one’s wardrobe, puzzled over those papers and sent them off to the accountant, etc., etc. …
Just a few weeks ago Kathleen and I had the pleasure of a private viewing in the Houses of Parliament of some paintings executed by a former resident of West Hampstead, Victorian artist John Rogers Herbert. On our way out we stood under the magnificent hammer-beam roof of vast Westminster Hall, commissioned by Richard II and completed the year he was deposed, 1399, under which grew up the major institutions of the British state and Elizabeth II recently sat down to a celebratory Diamond Jubilee lunch. This medieval roof, the largest of its kind in northern Europe, seems to bear the weight of history lightly, but nonetheless impressively.

3 thoughts on “THE WEIGHT AND LIGHTNESS OF HISTORY”