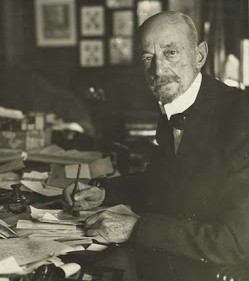 I’d like to see America but I’m afraid to risk it. As soon as I got over Mr. Frohman might request me to sit in a box at the performance of one of my plays.

New York, New York and the Shubert Archive. This is what Kathleen introduced me to on Thursday afternoon. It’s tucked up right at the top of the Lyceum Theatre on West 45th Street, in what had been the apartment of the theatre’s producer-manager Daniel Frohman. The Lyceum is Broadway’s oldest continually operating legitimate theatre and is currently on a waiting list for major renovation. The ‘old smell’ was apparent from the moment we stepped from the hot sidewalk inside the grand lobby.

There are various original furnishings in Frohman’s converted eyrie: his desk which you can just glimpse below (and at which Kathleen and I sat to do our research); a marble plant stand with a faint view of New York skyscrapers behind it; and two original Tiffany panels, imported from the Belasco Theatre, which lend a rather splendid period air. 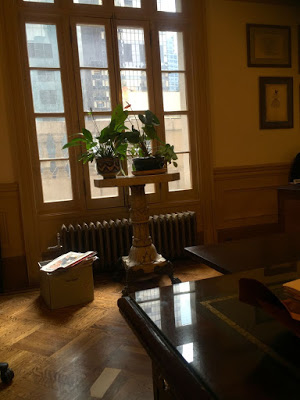 There is also a little cubbyhole built into the wainscott, which, when opened, affords a view right down from the top of the gods onto the stage. Legend has it that, when his actress wife, Margaret Illington, was in a show, Frohman had a habit of waving a white handkerchief from the cubbyhole to signal that she was overacting. But it was a singular view of West Hampstead we had really gone to see. 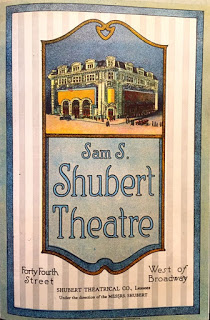 In 1919, the long-running West End musical The Boy transferred to the Shubert Theatre in New York under the title Good Morning, Judge. The show was based on Pinero’s play The Magistrate and transposes the action of the first act and final scene from Bloomsbury to an affluent middle-class home in West Hampstead. Quite an extraordinary view of the suburb we know so well, even in London, but from this particular vantage point … almost surreal. 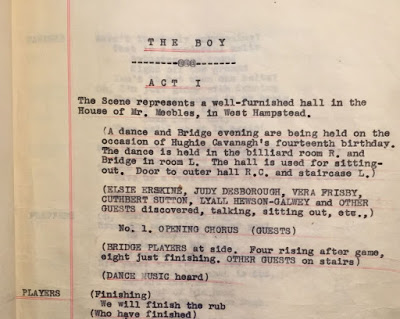 In a programme for the play, which the Archive holds, we spotted an extraordinary advertisement for summer furs. I can tell you that the heat and humidity of the current Manhattan summer would certainly not induce me to wear an elegant seasonal fur or even a light vest under my shirt. When one thinks of all the corsets and heavy underclothes people endured in the early years of the last century! They must have been tough as old boots those New Yorkers before the age of air-conditioning and more forgiving undergarments. 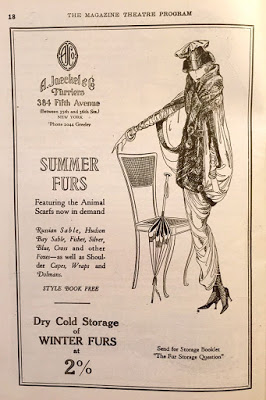 Tomorrow’s matinee is our last in New York but I leave you for now with three very contemporary views of this wonderful town. 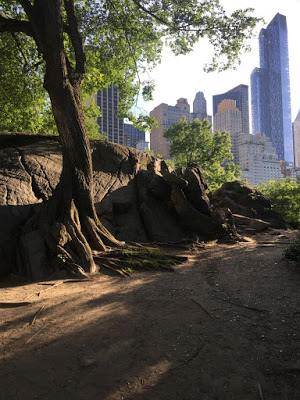 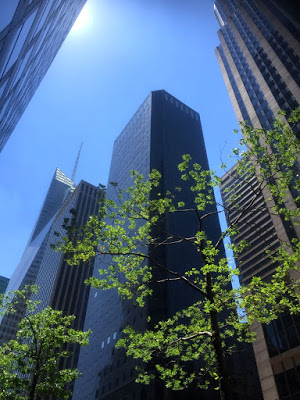 One thought on “WEST HAMPSTEAD ON WEST 45TH STREET”