WHAT’S IN A NAME?

I regard the theatre as the greatest of all art forms, the most immediate way in which a human being can share with another the sense of what it is to be a human being.

Oscar Wilde
Two weeks ago a lady sweetly accosted me at the Riverside Studios after a performance of The Importance of Being Earnest and told me she would remember my Dr Chasuble’s attempt to imitate a buzzing bee, in my duet with Miss Prism, to her ‘dying day’.
I imagined that nobody remembered my young Algernon Moncrieff from the New Zealand Players’ production of The Importance of Being Earnest in 1959, and I may well be right. The following memory, recounted in an email I received the other day, is appropriately described as ‘quirky’: 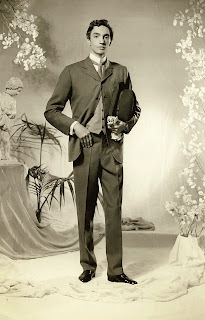 My niece and I saw your matinee yesterday and loved it all. … One quirky memory which might amuse you. I had no idea of who the cast were when we came yesterday, on the spur of the moment, and when I saw your name it took me back to 1959. I remembered I had rather taken your name in vain, back then in Blenheim, New Zealand, when I was an 11-year-old schoolboy. On the day in question our teacher had required us to perform an adlibbed impromptu and entirely unrehearsed sketch of whatever we chose and I was, I think, in the role of some kind of interviewee. I was asked my name, and I had to adlib, in character. The context required something rather grandiloquent and magnificent and I blurted out ‘Edward Petherbridge’. I got a big laugh from my classmates, and I remember feeling very guilty that I had got the laugh on false pretences because it was actually a real person’s name, whose feelings might be hurt, and it was not right to get a cheap laugh. I think I can recall that I had just been taken by my parents to see the NZ Players and that it must have been the name of one of the actors in whatever it was we then saw. My niece, to whom I recounted this yesterday, has subsequently Googled and found that it was indeed you and that you were playing Algernon! So can I now apologise, after 52 years, for my impertinence. It is just possible, of course, that you have been unaware all this time of this lese majeste.

Happy New Year to all my readers and to the people who unwittingly provided me with this New Year card of white winter roses in the gloom outside their interesting West Hampstead window; lese majeste again, as an Englishman’s home is his castle!